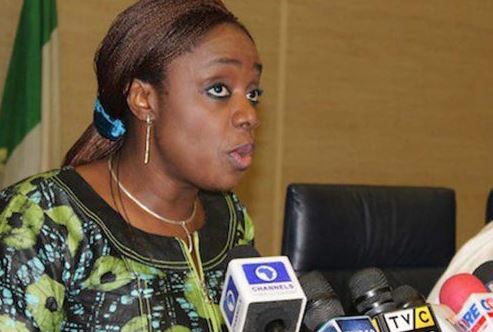 This indicates a shortfall in revenue by N184.2 billion from N652 billion shared in July.

Adeosun, who was represented by the Permanent Secretary, Mr Mahmoud Dutse, said this at the end of the monthly Federation Account Allocation Committee (FAAC) meeting on Tuesday  in Abuja.

She said the shared amount was inclusive of Value Added Tax (VAT).

She said the decline in revenue was caused by a drastic fall in revenue from Companies Income Tax (CIT) due to the expiration of the deadline for filing tax returns.

She, however, said oil revenues recorded an increase due to rise in export sales by 62 million dollars.

“Despite the increases, there were issues of leaking flow lines, shut-ins and shutdowns at terminals for maintenance.’’

She also said N31.59 billion was given to the nine oil producing states as their 13 per cent derivation.

She put the balance in the Excess Crude Account (ECA) at 2.3 billion dollars.

Mr Mahmud Yunusa, Chairman, Forum of Finance Commissioners, said it was time for the states to begin to look inwards to shore up their revenue.

“States will explore other options of revenue to depend less on revenue from the centre.

“We need to block leakages in revenue and come up with reforms to shore up revenue.

“We are also working on cost of running governance and any cost that is not necessary in running government needed to be reduced.”

He said reforms were currently on in the states to optimise the collection processes for revenue, adding that he was optimistic it would reduce dependence in revenue from the centre to about 50 to 60 per cent.