Defunct Nigeria Airways Workers To Get Entitlements Worth N45bn 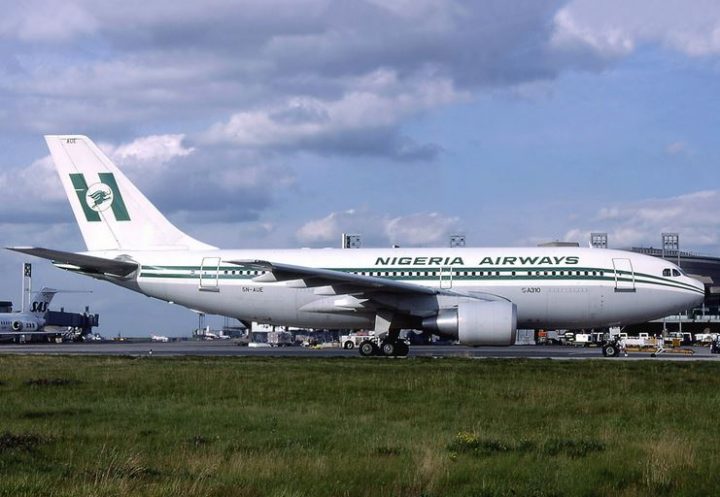 The Federal Government has expressed regret over the reported deaths of some workers of the defunct Nigerian Airways occasioned by the delay in the payment of their entitlements.

The defunct national carrier was liquidated by former President Olusegun Obasanjo regime in 2005, and since then the workers had held series of protests over their unpaid entitlements.

The Minister of State for Aviation, Sen. Hadi Sirika, however, told State House correspondents after the meeting of the Federal Executive Council (FEC), presided over by Vice-President Yemi Osinbajo that N45 billion had been to settle the ex-workers’ entitlements.

“Governments, in the past, decided just to liquidate Nigerian airways without tending to the issue of the entitlements of the workers and they have been struggling to get that paid and we came in government and we took it very seriously.

“I’m happy to announce that Mr President has approved N45 billion which has been confirmed to be the entitlements of these workers and Ministry of Finance has been instructed to pay and the ministry has written to me last week, to say that they have received the instruction to pay these workers, and therefore, they are setting up the modalities to pay.

“You should know it won’t pay through my ministry before somebody will say I take some of it. It will be paid by finance through a process, and that process will commence very soon,’’ he said.

The Minister disclosed that the Council also approved the procurement of operational vehicles for Nigeria Port Authority (NPA) and the Nigerian Maritime Administration and Safety Agency (NIMASA).

Sirika said he had briefed the council on the certifications of the Murtala Mohammed International Airport, Lagos and the Nigerian Meteorological Agency (NiMet).

According to him, the certification is a huge step toward security and safety in the aviation sector.

He noted that the airport was first international Airport in Nigeria to meet International Civil Aviation Organisation (ICAO) requirements and NCAA regulations.

On Aviation’s workers’ opposition to the concession of some of the nation’s airports, the minister assured that the process would be transparently carried out and the workers would be fully engaged in the process.

The Air Transport Service Senior Staff Association and the National Union of Air Transport Employees have vowed to resist the plan, saying, if necessary, the workers would mobilize and buy over the airports themselves.

Sirika dismissed social media reports that he “stole or intend to spend N635 million’’ on the concession project.

The minister noted that government would not be able to fund infrastructure in the aviation sector, as such it would continue to partner with the private sector in financing such facilities in the sector.

“We don’t have the money to invest and develop these airports.

“In our opinion as a government and the policy has been done that we will go through concession to give some individuals who would build; who would operate; who would maintain, sustain, make money and government will also make money in the process and return back to government after certain number of years (20 to 25 years).’’

Sirika disclosed that the concession of airports had since been approved by President Muhammadu Buhari as well as the Federal Executive Council.

The minister also revealed that the council had approved the hosting of International Civil Aviation Organisation (ICAO) World Aviation Conference, to be held between Nov. 20 and 22.

He said the conference, which would be first outside Canada, was meant to deliberate on aviation infrastructure and other related aviation matters.

Also, the Minister of Labour and Employment, Mr Chris Ngige, said he briefed the council on the outcome of the various industrial actions by some trade unions in the country.

The minister dismissed reports that he had described the United Labour Congress (ULC) as an illegal labour union, saying that the Congress had since applied for registration as a labour centre or labour federation.

He commended the Academic Staff Union of Universities and the Nigeria Association of Resident Doctors for suspending their strike actions.