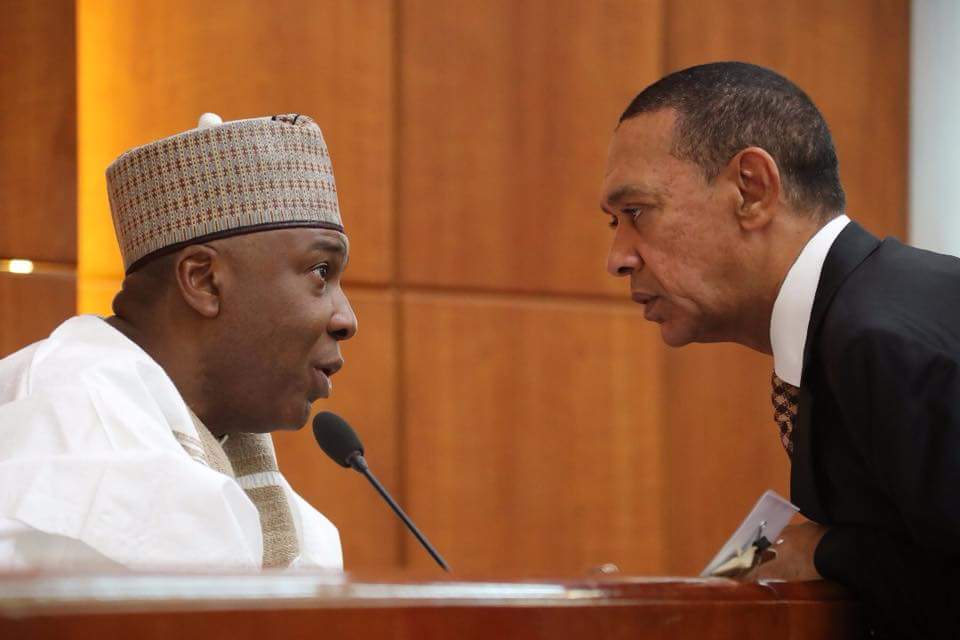 Chuks Okocha, Abuja: President of the Senate, Dr. Abubakar Bukola Saraki, has stated that despite the widespread perception that the National Assembly is being overfunded, it is actually grappling with funding constraints in carrying out it statutory functions.

Saraki, according to a statement by his Special Assistant on Print Media, Chuks Okocha, disclosed this when he paid a working visit to the Chairman and members of the National Assembly Service Commission (NASC) at their temporary office located in Utako, Abuja on Wednesday.

Saraki said: “One of the things that I see here today is the issue of budgetary constraints. However, the impression around the country is often that the National Assembly has too much money. But we have seen the challenges of the last few years.

“As we work through the number of bills passed, the public hearings held, and the number of ad-hoc committees that have been established — we know the challenges of not being able to fund some of our activities.

“So far, I am happy to report that despite these constraints, the 8th Senate has been able to surpass all previous Senates in the number of Bills that we have passed in 2-years — despite the funding gaps.

“We know that as we continue over time, people will begin to have more confidence in the National Assembly. However, right now, the challenges that we have are the issue of perception, and the issue of funding. We need to work hard to change this”, he said.

Saraki who is also the Chairman of the National Assembly, further noted that it has not been easy for Nigerians to appreciate the various roles of the legislature as an arm of government being the youngest of the three arms of government.

“Therefore, we all have a lot of work in trying to make the people appreciate the role of the legislature in our democracy,” Saraki said. “This has not been easy, this is why I am sure that working with the Commission, we can work towards this together so that we can improve the image of the National Assembly.”

Earlier, the Chairman of the NASC, Dr. Adamu Fika, lamented that the commission still operates from a rented apartment with the attendant cost.

He however commended Saraki for being the first President of the Senate and Chairman of the National Assembly to have visited the office of the commission.
END