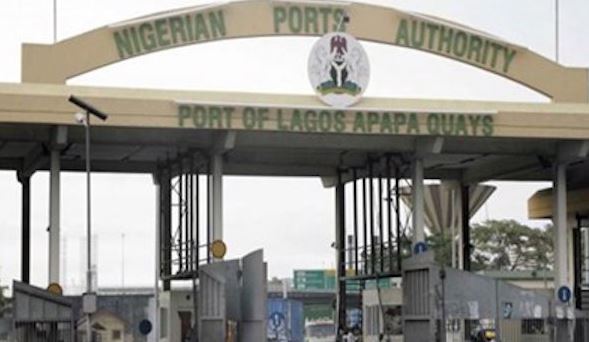 The Apapa Command of the Nigeria Customs Service (NCS) generated N31 billion in January, up from N25.9 billion recorded in the corresponding period of 2017.

The Public Relations Officer of the command, Mrs Nkiru Nwalla, made this known in an interview with the News Agency of Nigeria (NAN) in Lagos on Friday.

According to her, the annual revenue target of the command for 2018 is N426 billion, while the monthly target stands at N36 billion.

She attributed the increase in revenue generated in January to the leadership qualities of the Customs Area Controller, Comptroller Jibrin Musa.

“Comptroller Musa has always insisted that officers should block all revenue leakages and also encourages officers to work an extra mile by engaging in physical examination.

“He ensures that officers follow the due process of cargo clearing procedures and are convinced of proper declarations.

“The comptroller has always ensured that all revenue meant for government are recovered.

“There is maximum collaboration among all the Customs unit at the command in ensuring no revenue loss by government,’’ Nwalla said.

She said the command did not allow the constant gridlock in Apapa to affect its legitimate duties.

The spokesperson said that the command would redouble its efforts and re-strategise to ensure it surpassed its annual revenue target.

She also attributed the increase in revenue collection to constant interaction with the stakeholders.

Nwalla said apart from monthly stakeholders meeting, the command had introduced WhatsApp platform for officers to communicate effectively with the stakeholders.

She, however, urged stakeholders operating within the command to improve on honest declaration for seamless cargo clearance.