The Central Bank of Nigeria (CBN) plans to increase the flow of credit to the real sector of the economy to consolidate and sustain the nation’s economic recovery. 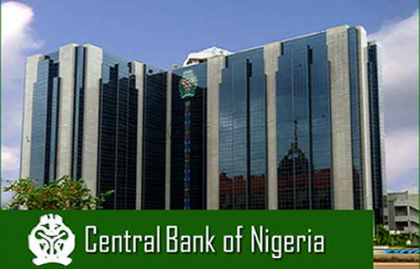 To this end, the apex bank on Thursday released new guidelines for its intervention in the sector.

Speaking on the guidelines, the CBN Acting Director of Corporate Communications, Mr Isaac Okorafor, said that the bank intended to achieve this through the commercial banks.

Okorafor said that commercial banks would, henceforth, be incentivised to direct affordable, long-term bank credit to the real sector.

He said that priority sectors included the manufacturing, agriculture and other sectors considered by the CBN as employment and growth stimulating.

The programme, according to him, involves investment by the CBN and the general public in CBs issued by corporate organisations subject to the intensified transparency requirements for participating corporates.

He said that the requirements would include publishing of an Information Memorandum on the bonds.

Okorafor said that the memorandum would spell out the details of the projects for which the funds were required together with terms and conditions.

He said that it would also indicate that the long-term projects were employment and growth stimulating.

Okorafor said that the apex bank had also put in place a programme under the Differentiated Cash Reserves Requirement (DCRR) Regime.

He said commercial banks interested in providing credit financing to greenfield (new) and brownfield (expansion) projects in the real sector could request four release of funds from their CRR.

This, he said, would help to finance projects subject to commercial banks’ providing verifiable evidence that the funds would be directed to the approved projects by the CBN.

Okorafor said that the tenor for the Differentiated CRR would be a minimum of seven years with a two-year moratorium.

For the Corporate Bonds (CBs) Programme, he said the tenor and the moratorium would be specified in the prospectus by the issuing corporate.

Okorafor said that the maximum facility would be N10 billion per project and the facilities would be administered at interest rate or charge of nine per cent per annum.

He advised stakeholders to comply with the guidelines. (NAN)