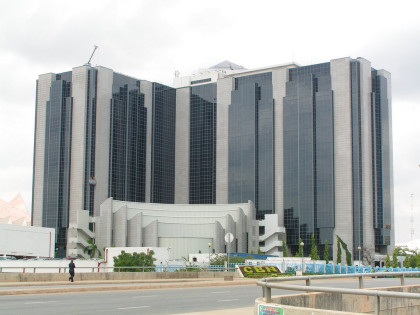 The re-constituted Monetary Policy Committee (MPC) held its maiden meeting, the 260th meeting of the Committee, its first in 2018, on 3rd and 4th of April, 2018 against the backdrop of strengthening global growth and improving domestic economic conditions. The Committee assessed the developments in the global and domestic economic environments during the first quarter of 2018, including the risks to price stability, financial stability, and economic growth in the short-to-medium term. Nine members of the Committee attended the meeting.

Global Economic Developments
The strong headwinds which confronted the global economy in 2017 showed signs of moderation, giving way to prospects for stronger growth in 2018. Consequently, global output is projected to grow by 3.9 per cent in 2018 from 3.7 per cent in 2017 on the heels of rebound in investment as a result of improvements in investor confidence, strengthening commodity prices, rising aggregate demand and accommodative monetary policy, especially in some advanced economies. With the sustained recovery in oil prices, aggregate demand is expected to continue to firm up. Growth in the advanced economies is projected at 2.3 per cent in 2018, and 4.9 per cent for emerging markets and developing economies (EMDEs). The Monetary Policy Committee noted some downside risks to the outlook for global growth to include: continuing normalization of monetary policy in the advanced economies; new U.S. trade policy; uncertainties associated with the BREXIT negotiations; and rising geo-political tensions in the Middle-East and on the Korean Peninsula.

In the advanced and emerging market economies, inflation is projected at 1.9 and 4.5 per cent in 2018, respectively. However, the broad indication from the IMF is that over the medium to long term, inflation may rise at a modest pace as general economic conditions remain subdued. Asset prices and long-term yields in major financial markets are also on the increase, confirming the possibility of a future rise in the price level.

The Committee also noted the continuous positive outlook based on the Manufacturing, and Non-manufacturing Purchasing Managers’ Index (PMI), which stood at 56.7 and 57.2 index points, respectively, in March 2018, indicating expansion for the twelfth and eleventh consecutive months. The Committee believes that effective implementation of the Economic Recovery and Growth Plan (ERGP) by the Federal Government and quick passage of the 2018 budget will continue to enhance aggregate demand and confidence in the Nigerian economy.

The Committee noted that the continued low level of lending by banks remains a constraint to growth of the real sector of the economy. The Committee advised the Management of the CBN to continue to provide the required policy impetus to engender improved credit delivery by the deposit money banks to the economy.

The Committee also noted the continuous improvement in the level of external reserves, which stood at US$46.699 billion as at March 29, 2018. Similarly, the All-Share Index (ASI) rose by 8.5 per cent from 38,243.19 on December 29, 2017, to 41,504.51 on March 29, 2018. Market Capitalization (MC) improved by 10.2 per cent from N13.61 trillion on December 29, 2017, to N14.99 trillion during the same period. The Committee observed that, while this development may be a reflection of improved investor confidence in the economy, it cautioned that the Management of the Bank should carefully monitor the developments and to establish mechanisms for safeguarding the stability of the foreign exchange market in the event of a sudden capital reversal. The Committee observed the continued rise in oil prices, but acknowledged the inherent volatility in commodity prices and urged the Bank not to relent in building external reserves buffers against any future price downturns and as a means of sustaining investor confidence in the economy.

The Committee noted the relative stability in the foreign exchange market, with declining premia across all segments of the market. It observed with satisfaction, the sustained high level of activity at the Investors’ and Exporters’ (I&E) window of the foreign exchange market. The window continues to attract more investors, thus boosting foreign exchange supply. Consequently, total foreign exchange inflow through the central bank increased by 73.00 per cent in February 2018, compared with the previous month. This was attributed to the increase in receipt of proceeds from Petroleum Profit Tax (PPT), royalties and crude oil & gas. Total outflow also increased in February 2018 by 15.69 per cent, as a result of higher payments for invisibles, interbank transactions as well as JVC cash call payments.

2.0. Overall Outlook and Risks
Forecasts of key macroeconomic indicators give a positive outlook for the Nigerian economy in 2018. This is predicated on the quick passage and effective implementation of the 2018 budget, improved security, foreign exchange market stability as well as favourable crude oil prices. On the downside, the Committee noted the potential impact of the 2019 election-related spending, against the weak backdrop of tax revenue efforts, herdsmen related violence and rising yields in the advanced economies. Indications in the US and the UK point to higher interest rates in the short to medium term.

3.0. The Considerations of the Committee
The Committee noted with satisfaction the gradual return to macroeconomic stability as reflected in the third consecutive quarterly growth in real GDP in the fourth quarter of 2017. It also noted the continued moderation in all measures of inflation as well as sustained stability in the naira exchange rate and urged the Bank to sustain the stability to avoid a mission drift. In particular, the Committee welcomed the narrowing of the exchange rate premium between the BDC segment and the Investors’ and Exporters’ (I&E) window of the foreign exchange market. Overall, the Committee noted that the recovery of the economy was strengthening, in view of the return to growth of the Services Sector. As the fiscal sector continues to settle its outstanding liabilities, it reduces its domestic debt profile, thus increasing the liquidity of the banking system. However, the Monetary Policy Committee observed increasing monetization of oil proceeds as evident in the growing FAAC distribution, relative to the 2017 level of disbursements. The Committee urged the Government to initiate strong stabilization programmes and to freeze the growth in its aggregate expenditure and FAAC distributions in order to create savings; needed to stabilize the economy against future oil price related shocks.

Notwithstanding the general improvement in macroeconomic conditions, the Committee noted the rather slow pace of moderation in food inflation. It also took note of the potential risk of a pass-through from rising global inflation to domestic prices. Members, however, expressed confidence that the tight stance of monetary policy would continue to complement other policies of government in addressing some of the structural issues underlying the stickiness of food prices. The Committee noted that at 14 per cent, the policy rate was tight enough to rein-in current inflationary pressures. The Committee, therefore, reaffirmed its commitment to price stability conducive to sustainable and inclusive growth.

The Committee noted with satisfaction the gradual implementation of the Economic Recovery and Growth Plan, in an effort to stimulate economic recovery. In the same vein, the Committee urged quick passage of the 2018 Appropriation Bill by the National Assembly, so as to keep fiscal policy on track and deliver the urgently needed reliefs in terms of employment and growth for the citizenry.

The Committee noted the relatively strong balance sheets of the deposit money banks’ and the stable outlook. This is in spite of the concentration of non-performing loans in a few sectors, which the Committee observed was satisfactorily being addressed by adequate mechanisms established by the Bank to address the phenomenon. The Committee also noted that as Government pays off its huge contractor debts, a sizeable portion of these non-performing loans will be addressed. The Committee urged the Bank to strengthen its supervisory oversight and early warning systems to promptly identify, monitor compliance with extant prudential regulations, sustain macro-prudential policy and manage emerging vulnerabilities in the banking system.

The Committee reiterated the Bank’s commitment to delivery of low interest credit as evidenced in its bold steps to adopt unconventional monetary policy to aid credit flow to vulnerable and growth enhancing sectors of the Nigerian economy. The Committee, therefore, enjoined the Bank to continue to support and encourage credit delivery at single digit interest rate through other mechanisms in the interim, while encouraging the banking system to establish frameworks to increase credit delivery to the employment generating sectors of the economy. In consideration of available data and evolving macroeconomic indicators, the Monetary Policy Committee is committed to revisiting its decisions in the short to medium term as the fundamentals evolve.

4.0. The Committee’s Decisions
In reaching its decision, the Committee appraised potential policy options in terms of the balance of risks. The Committee also took note of the gains made so far as a result of its earlier decisions; including the stability of the foreign exchange market, the moderation in inflation rate as well as the restoration of economic growth. The launching of the Food Security Council by the Federal Government to improve food sustainability is a step in the right direction. The Committee was concerned about the fiscal distortions associated with absence of buoyancy between GDP growth and tax revenue, and urged the fiscal authorities to deploy appropriate corrective measures to address this phenomenon.

The Committee was of the view that further tightening would strengthen the impact of monetary policy on inflation with complementary positive effects on capital flows and exchange rate stability. Nevertheless, it could potentially dampen the positive outlook for growth and financial stability. However, the Committee is of the view that loosening would strengthen the outlook for growth by stimulating domestic aggregate demand through reduced cost of borrowing. This may, however, lead to a rise in consumer prices, generating exchange rate pressures on the currency in the process. The Committee also believes that loosening could worsen the current account balance through increased importation. On the argument to hold, the Committee believes that key macroeconomic variables have continued to evolve in a positive direction in line with the current stance of macroeconomic policy and should be allowed more time to fully manifest.

In consideration of the foregoing, the Committee decided unanimously by a vote of all members present to retain the Monetary Policy Rate (MPR) at 14.0 per cent alongside all other policy parameters.