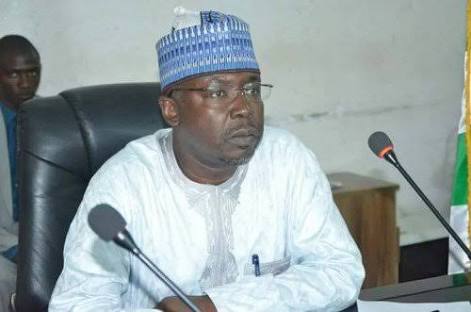 Turaki Hassan, Abuja: The director general of the National Emergency Management Agency (NEMA), Engineer Mustapha Maihaja, has admitted before the House of Representatives Committee on Emergency and Disaster Preparedness, which is investigating breach of public trust in the agency that the agency did not comply with the provisions of NEMA establishment Act which mandates it to liaise with its state counterparts during distribution of relief materials.

Speaking at the resumed sitting of the committee in the National Assembly, the DG made the admittance while responding to questions by lawmakers on the failure of the agency to distribute relief materials to the affected areas in the North East.

The hearing of the day was focused on the distribution of relief materials or lack of it, and the N8 billion Emergency Food Intervention Programme in the five states in the North East region: Borno, Yobe, Gombe, Adamawa and Bauchi States.

It also took testimonies from the officials of the National Pension Commission (PENCOM), National Social Insurance Trust Fund (NSITF), Industrial Training Fund (ITF), Federal Inland Revenue Service (FIRS)and the Corporate Affairs Commision(CAC) on the status of the companies that were awarded the contracts for the implementation of the emergency food intervention programme.

Representatives of governments of Gombe, Yobe, Bauchi and Taraba states had made testimonies before the committee where they disclosed that NEMA did not involve the state government or the state emergency agencies when the commenced the distribution of items. They also added that they could not ascertain whether the items were distributed by NEMA according to the claim of the DG because of their non-involvement in the whole arrangement.

All of the states except Bauchi State said they did not receive any letter from NEMA about the food distribution to internally displaced persons in their states, while Gombe state government was emphatic that there are no IDP camps in the state, and as such, it did not receive any relief materials from the agency.

The committee also unraveled a forged clearance certificate presented by Three Brothers Rice Mill Ltd. The representative of ITF at the hearing had informed the lawmakers that the clearance purportedly issued by ITF was not from his office as it bears a wrong address, signature and carries his name, though he was not the one who signed it.

Responding, NEMA DG, Engr Mustapha said the exigency of the situation required the agency to make emergency procurements. He also faulted Yobe State statement that NEMA did not make any contact with the state on the distribution and presented a letter of communicated to the committee where the state acknowledged correspondence from them.

The contract awarded to Olam Nigeria Ltd for 2.4 billion naira and the 600million to 3 Brothers Rice Ltd for supply of rice for the emergency food intervention programme in the North East, he stated, was made at the presidential level and the contractors were selected because they had the capacity to deliver in the huge quantity that was needed.

Earlier, chairman of the committee, Hon. Ali Isa J.C, warned against misrepresentation of the proceedings of the committee. He said some news reports were deliberately trying to mislead the public and create an impression that the National Assembly is at war with the vice president.

He said, “The House believes we are working with the executive, especially when it comes to fighting corruption and getting value for money. “

The chairman also declared that the House cannot be intimidated into suspending the investigation. He said they will not be distracted to shift focus from probing the N5.9 billion and N3.1 billion Emergency Food Intervention Programme, the N1.6 billion funds for 16 states flood relief and another N1.6 billion for Libya returnees.

The committee summoned the Central Bank of Nigeria, Ministry of Budget and National Planning, Ministry of Agriculture and all companies involved in the procurement of the N5.1 emergency food in the North East.

It also directed NEMA DG to bring all communication, including minutes of meetings, related to the selection of the companies that got the contracts.