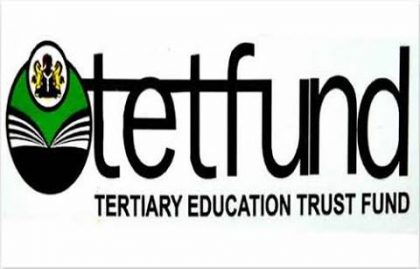 The Acting Chairman, Economic and Financial Crimes Commission, EFCC, Ibrahim Magu, has assured management of the Tertiary Education Trust Fund, TETFund that the anti-graft agency will assist it in bringing to book all those who have mismanaged funds meant for the development of the educational sector.

“The work at hand is enormous, and we are intensifying investigations in all zones across the country,” he said.
He gave the assurance during a visit to the EFCC Head Office, Abuja, by management of TETFund, led by its executive secretary, Abdullahi Baffa, on July 12, 2018.
While intimating the gathering of a conviction secured in Osun State, involving a fraud case prosecuted by the EFCC, involving TETFund funds, Magu noted that “we have seen more people that could be held culpable”.

“We are ready to partner to block all loopholes,” he added.

He used the opportunity to encourage Baffa and his team, to simplify its processes “to prevent further stealing”, and to also “sensitize members of the public and all relevant stakeholders concerning TETFund and its project in their area”.

“It will allow the people to monitor the projects and the activities of the contractors,” he said.

While commending the EFCC for its “giant strides in the fight against corruption”, Baffa, stressed that the assistance of the agency had become a necessity “to tackle the menace of inappropriate projects, abandoned projects, mismanaged funds, and stolen funds, which are almost grounding the institutions”.