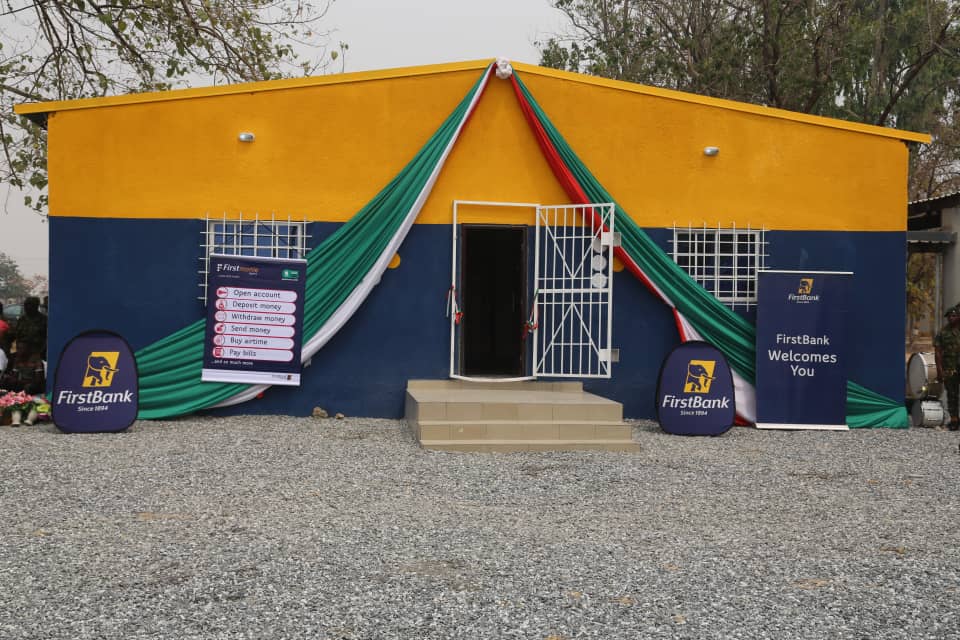 SK Usman, Abuja: The Chief of Army Staff (COAS), Lieutenant General TY Buratai, is undertaking a 4 day operational visit of units under 3 Division area of responsibility, in particular, the 20 Model Battalion of the Nigerian Army located in Taraba State. Shortly on arrival at Jalingo, Taraba State capital on Monday 28th January 2019, the COAS paid a courtesy call on the State Governor, His Excellency, Architect Darius Dickson Ishaku at the Government House.

The following day, he went to Serti Baruwa, Gashaka Local Government Area, where he paid courtesy call on Lamdo of Gashaka, His Royal Highness, Alhaji (Dr) Zubairu Mohammed Sambo Hamman Gabdo II at his palace and thereafter went to 20 Model Battalion. The Lamdo Gashaka also presented a gift of a stallion and sword to the COAS.

At the unit, the COAS after inspecting the Quarter Guard mounted in his honour, commissioned the Agent Banking Services in the barracks.

In his remarks during the commissioning, he stated that the decision for the Nigerian Army to go into partnership with the First Bank of Nigeria PLC through Nigerian Army Welfare Limited/Guarantee for the operation of Agent Banking, was borne out of the need to bring banking services closer to Nigerian Army personnel and their families as part of the Federal Governments’ policy of financial inclusion for Nigerians.

In his welcome speech earlier, the Group Managing Director of the Nigerian Army Welfare Limited/Guarantee (NAWL/G), Major General KO Kadiri, stated that though the Central Bank unveiled its guidelines for agent banking in Nigeria in 2013, its operating framework for agent banking was issued in 2015.

As at today, the Nigerian Army is one of the few Federal Government institutions and the only service to key into the scheme and expressed gratitude to the COAS for approving and funding the initiative. He further stated that the process of introducing Agent Banking in Nigerian Army cantonments and barracks commenced about 6 months ago through a collaborative effort between First Bank of Nigeria PLC, Spark Concepts Management Limited (the Aggregator) and NAWLG. What they was launched today, was the result of that collaborative effort.

He also said that NAWL/G was optimistic that the Agent Banking Initiative in Nigerian Army barracks will be developed in line with best practices for mobile money and agent banking globally and hoped that with time even troops salary would be paid directly from Army Headquarters to units through Agent Banking facilities.

In his remarks, the Group Managing Director of First Bank of Nigeria PLC, Dr Adesola Adeduntan, who was represented by Alhaji Shehu Aliyu, Group Executive Director Retail Banking (North), commended the Nigerian Army for the initiative “in coordinating the welfare of members of the Nigerian Army who have devoted their entire life to providing security for citizens of our dear nation and have risked their lives; many have lost same in the course of ensuring peace and quelling all forms of insecurity in the nation.”

He further stated that, “In fact, nothing is too good for personnel of the Nigerian Army and the military in general.” He also added that the partnership with the Nigerian Army Welfare Limited/Guarantee was to provide easier and more convenient ways of banking for the Nigerian Army personnel adding that Agent banking helps you save money and time going to the nearest bank branch or queueing at an ATM point.

The Group Managing Director/Chief Executive Officer, said that they were “grateful to the Nigerian Army Welfare Limited/Guarantee for collaborating with First Bank of Nigeria PLC to bring easy banking to the esteemed Nigerian Army personnel and I trust that everyone would benefit from this partnership.”

Subsequently, the COAS was at the parade ground where he commissioned the newly constructed Saluting Dais by the unit’s Commanding Officer, Lieutenant Colonel MS Adamu and then addressed the officers, students officers undergoing leadership and regimentation course, as well as soldiers of 20 Model Battalion. Later in the afternoon, the COAS was also a Special Guest of Honour during the finals of a week Sports competition organized by the unit that featured football match and Tug of war.