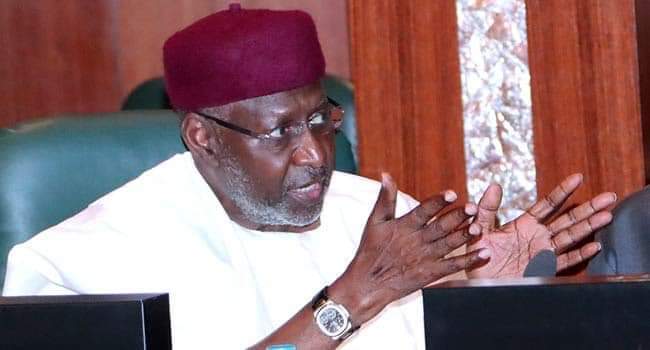 Towards a New Deal for Nigeria – Abba Kyari

The decision by the National Assembly to amend the Deep Offshore (and inland basin production sharing contract) Act is a huge victory for Nigeria. The articles and clauses of complex legislation may not appear to be the stuff to set pulses racing. But there should be no doubt: this is a watershed moment for our economy, our

As a result of this amendment, Nigeria could earn an extra billion dollars a year from our oil. These are funds that will help restore our schools and hospitals, repair our roads and infrastructure and give our armed forces the support they need to keep us safe. That is a big win. But it is about more than just the money.

There is no doubt that the Deep Offshore Act had to change. The original law that provided for the operation of oil licences in deep water was introduced by the military regime back in 1993. New techniques in drilling and computer modelling were then beginning to emerge, allowing for the exploitation of oil in water depths that had previously been impossible. Fiscal terms were based on the industry’s long-term outlook for oil prices of around USD18-20/ barrel, above which profits were hardly taxed at all.

Crucially, the 1993 contract provided only for a review of terms. Oil passed USD20 barrel in 2003 but companies could, and did, refuse to accept any changes. The ‘business as usual’ lobby made sure that every attempt until now to amend the law ended in failure. But more than 25 years on, advances in technology have substantially reduced costs to industry and oil has consistently traded way above that anticipated range. For international oil companies, this has been a regulatory bonanza. A better balance between reasonable profits and a fair tax regime would years ago have delivered the billions we need to invest in Nigeria’s future.

The amendment calls time on this contractual anachronism. But it should not be seen in isolation, or as a ‘one off’. President Muhammadu Buhari pushed for the amendment as part of an ambitious programme to overhaul a corruption-saddled and under-performing oil and gas sector.

This is the key to the delivery of a more diverse and productive economy that will provide the jobs and sustainable growth we need in the coming decades to end poverty and raise living standards. Headline increases in our GDP will be matched by policies that ensure growth is inclusive and evenly shared, and provide protection and opportunity for the most vulnerable.

The President has worked with the 9th National Assembly, its leadership and members, to deliver this amendment. This is the kind of partnership that we have seen all too rarely since the restoration of democracy in 1999. We have shown how national institutions, the executive and legislature, can come together to work for the common good and the National Interest.

A sense of patriotism and the drive to deliver reform is replacing the sterile self-interest that has for too long dominated public administration. The passage of the amendment shows that the 9th National Assembly has the ambition and commitment to help make the real changes Nigeria needs if we are to move forward. The Senate and House of Representatives have shown that we can replace exploitation of the system by the few for the benefit of the few with a new spirit of co-operation – to build a fairer, more efficient system for the benefit of rich and poor alike.

Our vision is for an oil and gas industry that is attractive to investors and competitive in a crowded international market. Operations should be driven by commercial principles, transparent and free from political interference. We will deliver a new deal for host communities and proper guarantees for environmental standards.

The Collins English dictionary defines a free-for-all as “a situation in which several people or groups are trying to get something for themselves and there are no controls on how they do it.” We need an oil industry that is fair for all its stakeholders, to move towards a new partnership that ends the adversarial dysfunction and searching for loopholes that has become the norm.

The amendment is important for three reasons: it brings our laws and taxes into the 21st century; it shows that our institutions are effective and resolute in support of the National Interest; and that President Buhari means business. As Britain’s wartime prime minister Winston Churchill once said, ‘This is not the end. It is not even the beginning of the end.’ We have a lot of work to do. But this amendment shows where we are going – and that now, within our grasp, is a Nigeria that works for us all.

Kyari is the Chief of Staff to the President