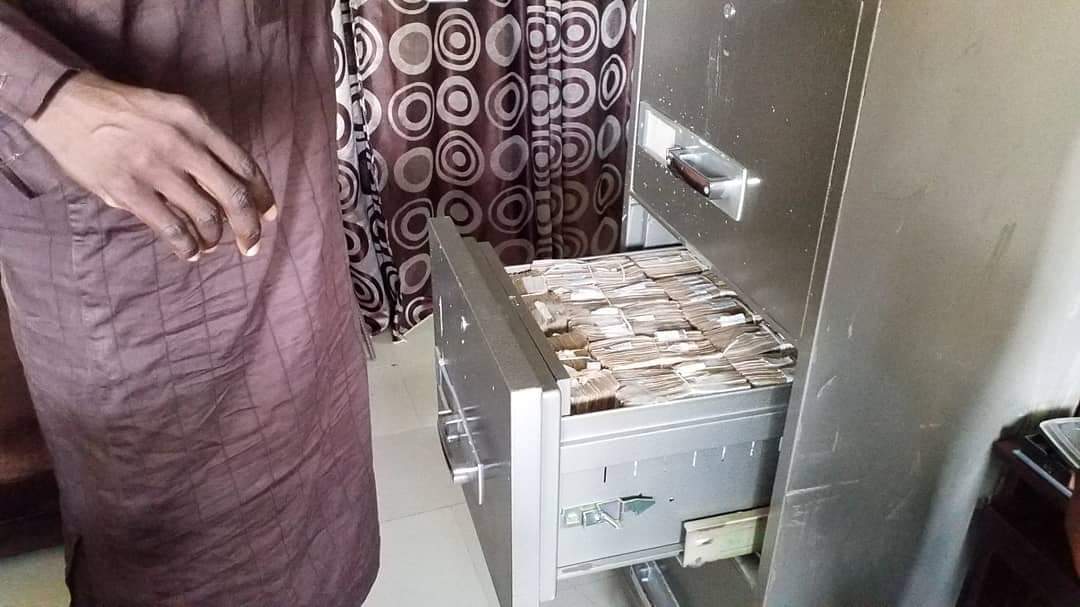 The Sokoto Zonal office of the Economic and Financial Crimes Commission, EFCC today October 9, 2019 carried out an operation at the office of the Independent National Electoral Commission, INEC, in Zamfara State leading to the recovery of N65, 548, 000 (Sixty five Million, Five Hundred and Forty-eight Thousand Naira).

The money in higher denominations of Naira notes was recovered from two fire proof safe during a search in the offices of the head of Accounts and Cashier of INEC in the state.

The operation was sequel to a petition by an adhoc staff of the electoral body, alleging that officials of the Commission illegally deducted part of the allowance due them for the last general election. According to the complainant, while INEC in Zamfara allegedly paid its ad hoc staff the sum of N9,000, others in states like Sokoto were paid N12,000.

The recovered fund is suspected be part of the funds illegally deducted from releases meant to cater for the movement of materials and electoral officials as well as provision of chairs, tables and canopies for the 2019 governorship and presidential elections in the state

Before the raid, the Commission few days ago, had arrested four officials of INEC in the state. The officials, Hassan Sidi Aliyu, Administrative Secretary, Hussain Jafar Head of Operations, Abdullahi Yusuf Abubakar, State Accountant and the Cashier Labaran Ishaka , were picked for alleged conspiracy, breach of trust and criminal diversion of Ad hoc staff allowance to the tune of N84, 696,000 (Eighty Four Million, Six Hundred and Ninety Six Thousand Naira).

Investigation by the EFCC revealed that none of the 10,500 presiding officers who participated in the elections were paid their entitlements commutatively put at N84, 696,000 (Eighty Four Million, Six Hundred and Ninety Six Thousand Naira).

The investigation is still on going while efforts are being made to recover all the illegal deductions.