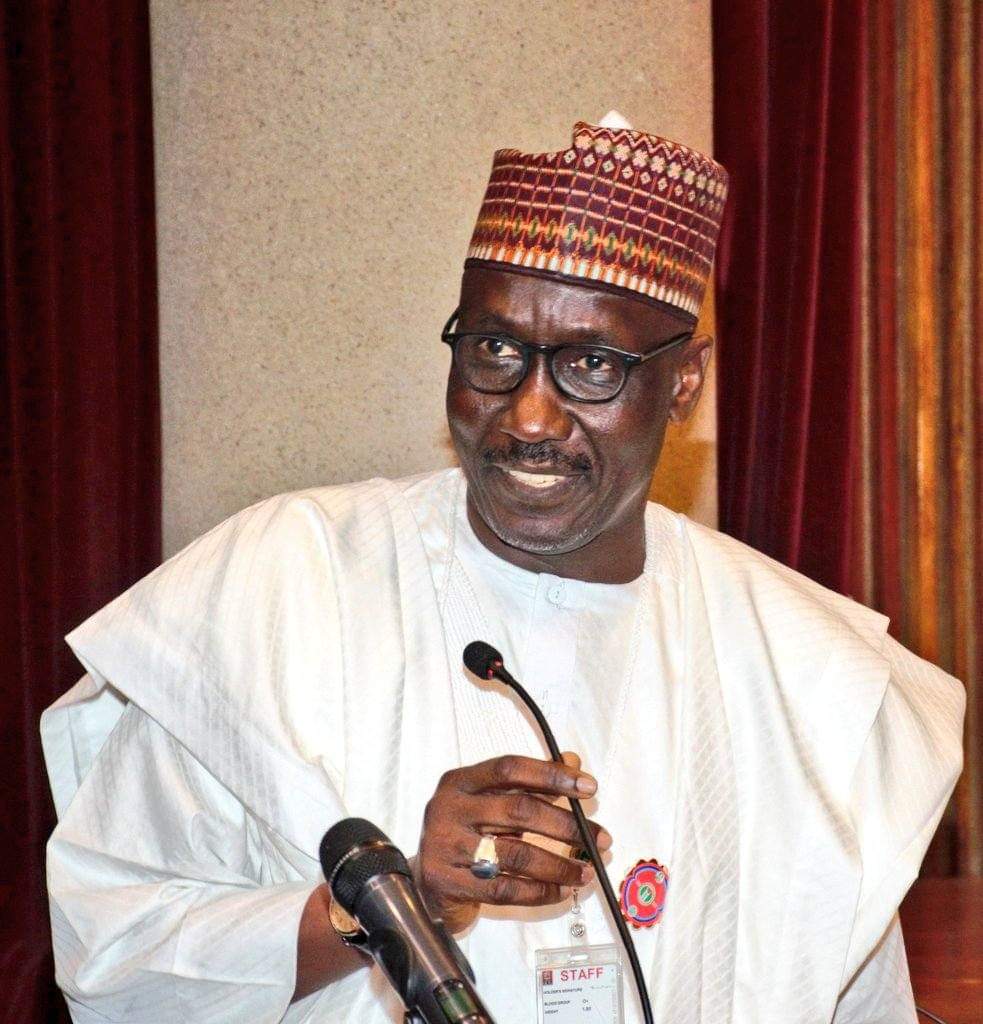 The NNPC GMD gave kudos to the Management of the corporation’s Legal Division for the save, saying its due diligence accounted for the feat.

Speaking further at the Town Hall engagement, Mallam Kyari urged the corporation’s workforce to redouble their efforts to ensure that the nation reaps bountifully from its vast hydrocarbon resources which the National Oil Company has the mandate to superintend.

He charged that it was imperative for the corporation to increase its level of efficiency, reduce cost and increase revenue across value chain of its businesses within the shortest possible period.

The GMD seized the opportunity of the event to update members of staff on the recent NNPC Top Management retreat which prescribed a five-step approach for the corporation to attain global excellence via the TAPE agenda (Transparency, Accountability and Performance Excellence).

The NNPC GMD took stock of his tenure, noting that some remarkable successes had been recorded within the period.

The achievements, he explained, included: attainment of over 2billion litres of Premium Motor Spirit reserve, completion of Phase1 of Port Harcourt Refinery Rehabilitation exercise, Discovery of Oil in Kolmani River-II Well and the Re-opening of OML 25 flow station after two years of inactivity as a result of community issues between the host community/Belema Oil and Shell Petroleum Development Company.

The achievement, he noted, also included; Signing of novation agreement with Nigerian Agip Oil Company (NAOC) to formalize the transfer of OMLs 60, 61 and 63 to the Nigerian Petroleum Development Company (NPDC), Execution of a funding, technical services agreement and alternative financing deal worth USD 3.15billion for OML 13 and USD876million for OML 65.

Others are; Signing of USD2.5billion prepayment agreement with Nigerian Liquefied Natural Gas Limited (NLNG) for Upstream gas supply for trains 1-6, Finalization of the 2018 audit of the NNPC Group and improved engagement with key stakeholders, notably, the National Assembly.

Kyari commended the NNPC workforce for dedication and constructive feedbacks which, he said, had gone a long way in shaping the successes recorded thus far.

During the event, the GMD also launched the banners of the corporation’s Downstream company, the NNPC Retail Limited, with a view to positioning the company as a market leader in the products distribution subsector in the Country

Comrade Mathew Duru, the NNPC Group Chairman of the Petroleum and Natural Gas Senior Staff Association of Nigeria (PENGASSAN) pledged the commitment of staff members to the aspirations of the NNPC Management.