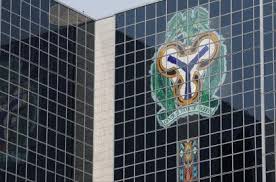 Amugo made the disclosure on Tuesday, at a webinar organised by the Chartered Institute of Bankers of Nigeria (CIBN) Dialogue Series 3.0 in Lagos.

The News Agency of Nigeria ( NAN) reports that the discussion had as its theme: Non-Performing Loans and Global Standing Instruction (GSI) Policy: Impact and Insights for Financial Stability.

The GSI policy became operational from August 1, 2020, as banks struggled to keep their Non Performing Loans (NPLs) ratio low to curb failure and instability in the industry.

According to him, the recovery was made possible by the lending banks through the activation of the GSI protocol.

“The CBN had introduced the GSI as part of measures to curtail the rising Non-Performing Loans (NPLs) in the Nigerian banks and its impacts on the industry.

“It was specifically introduced to support the banking industry in reducing the rate of unserviced loans, improve loan recovery and recovery efforts of banks.

“The amount recovered was, however, insignificant compared with the total of N1.66 billion worth of bad debts by 26,057 customers triggered by the lending banks.

” The size of the recovered NPLs was due to the fact that the CBN was still working on the GSI protocol for non-individual debtors, which means the recovery was made from individual loan defaulters,” he said.

Amugo said that data from the CBN showed that NPLs in banks were higher during the economic downturn, and as the figure of NPLs rise, the instability in the sector worsens.

He said between 2015 and 2017, when the country experienced sharp drop in crude oil prices, currency crisis as a result of the drop in foreign exchange inflows and the period of recession, the NPLs rose sharply from 5 per cent to 15 per cent.

“However, the CBN report showed that the NPLs ratio declined from 6.6 per cent in April 2020 to 6.4 per cent in June 2020; however the figure still remains above the 6 per cent stipulated threshold by the CBN.

He said that the huge credit output in the economy was underpinned by improved resilience of the banking system.

“N50 million recovered is excellent; I am sure after one year, the number of recoveries will increase.

“GSI is what we have been looking forward to as a coordinated approach to addressing the NPL issue in the banking industry.

“You will agree with me that banks’ failure is not ordained, it’s just the behaviour of what we have.

“So, culture is a very big issue to credit; we need to address it,” he said.

Hajia Saratu Iya-Aliyu, National President of the Nigerian Association of Chambers of Commerce, Industry, Mines and Agriculture (NACCIMA), advocated a reduction in interest rates, particularly during such unprecedented time as with the emergence of COVID -19 pandemic globally.

According to her, one major reason for loan defaulting in Nigeria is unfavourable terms of payment.

She called for adequate monitoring of creditor banks by the CBN to ensure that the implementation of the GSI policy truly resulted in increased access to finance for bank customers.

The NACCIMA president also recommended the establishment of clear compensation mechanism for bank customers in the case of wrongful debit due to GSI activation.

Earlier, the CIBN President, Mr Bayo Olugbemi, said that the scourge of bad loans had been a long standing menace to the Nigerian banking sector.

According to him, the issuance of the GSI policy marks a new dawn in credit management and debt recovery processes in our clime.

“CIBN is fully in support of this GSI policy which will not only enhance more recovery purposes and financial stability but also promote economic prosperity; when borrowers pay their loans, funds are available to the financial institutions to service other customers.

“This way, we can promote shared prosperity and more people can be lifted out of poverty,” he said.