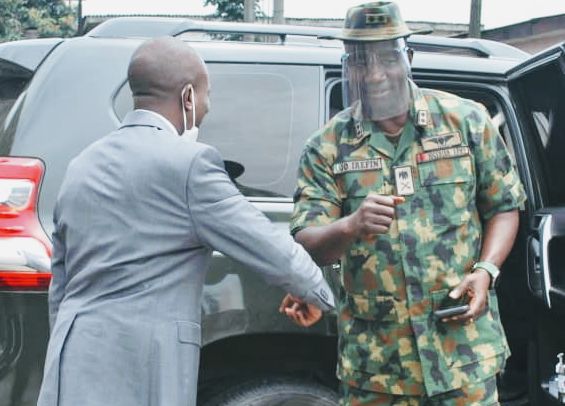 The Nigerian Army says it is collaborating with the Economic Financial and Crimes Commission (EFCC) in Port Harcourt to end attacks on oil and gas pipelines in Rivers.

Maj.-Gen. Olu Irefin, the General Officer Commanding (GOC) 6 Division, Nigerian Army, Port Harcourt, stated this on Wednesday during a visit to the Port Harcourt Zonal Office of the EFCC.

He said that all security agencies needed to synergise to effectively take the battle to illegal oil and pipeline vandals in the state.

“I am quite aware that EFCC cannot do it alone, hence we will continue to work together. So, my visit is to familiarise myself with officers of the EFCC in order to sustain the synergy between the two organisations.”

Irefin urged the leadership of the anti-graft agency in the zone to work closely with the army division to address challenges that might arise in the course of their partnership.

The EFCC Port Harcourt Zonal Head, Abdulkarim Chukkol, assured the GOC of the support of the agency to the division.

He added that EFCC considered the army as a critical stakeholders in the fight against corruption and other vices in the country.

“We are all working together for the greatness of the country, and so, I believe that going forward, and with your (Irefin’s) support that we will strengthen our friendship,” Chukkol said. (NAN)