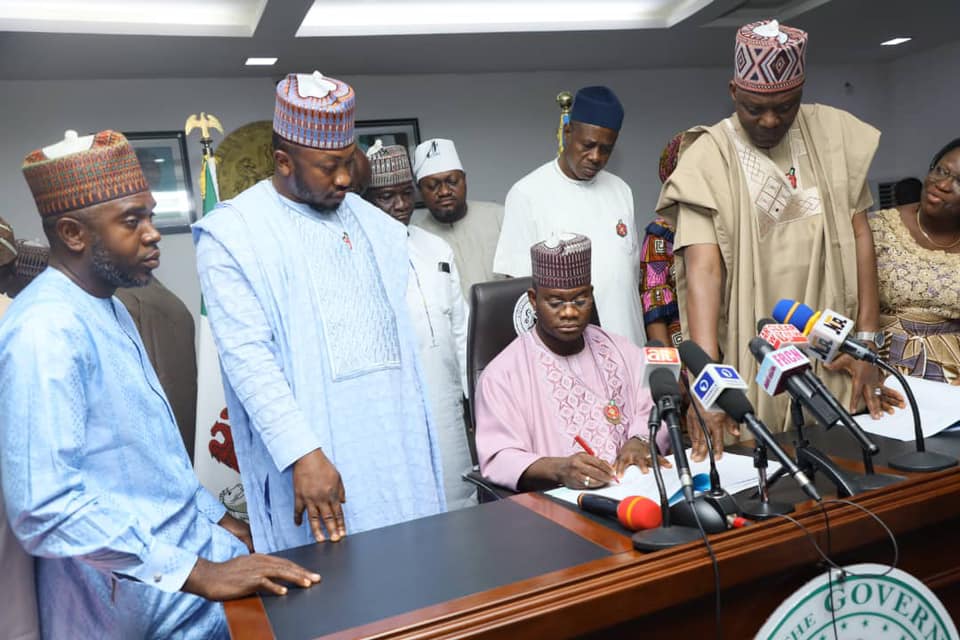 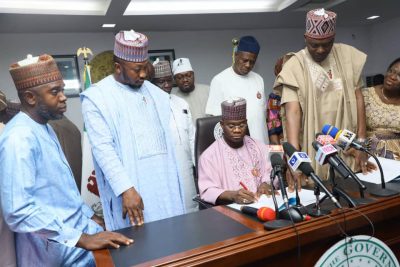 …sign 5 other bills into law
Kogi State Governor, Yahaya Bello has on Wednesday signed into law the 2021 budget appropriation into law, where he assured that its implementation would ensure maximum positive impact on the lives of the people of the State.
The Governor at the signing event which took place at the banquet hall of the government house noted that his administration has always ensured that budget preparation in the state is always in alignment with realities hence its performance.
The Governor also signed five other bills already passed by the state House of Assembly into law.
They include, the law repealing the district cause, law cap (33) of the Northern Nigeria, the law providing for the Office of Auditor General of the Local Government and enacting Local Government Audit 2020, the law enacting the Kogi State Education Board and other matters (2020)
Others were, the law repealing and reenacting the Kogi State Public Procurement law 2014 establishing the State council of Public Procurement and the State Bureau of Public Procurement and other matters and the law establishing Kogi State Mortgage Board and to regulate mortgage creation, foreclosure and enforcement of mortgage in real property
The governor recalled that the state government won a grant of five million dollars from the World Bank over the state’s 2020 budget performance which was as a result of the doggedness of his government to implementing the budget appropriation
He thanked the House of Assembly for the prompt passage of the budget which he noted would ensure its timely commencement and implementation from the beginning of the new year.
Governor Bello used the medium to charge people in authority to importantly listen to the yearnings and aspirations of the people and be sensitive to the plight of the people.
He expressed that the year 2020 was a difficult year owing to several events that impeded the planned progress of the President Buhari led administration many of which were selfish orchestrations of selfish individuals.
The governor expressed that the doors of the State was opened to several individuals who were interested in doing business in the state assuring that the coming year for the state would be that of progress, prosperity and good health.
The Commissioner for finance and Economic planning, Hon. Asiwaju Idris revealed that while the state performed maximally in the implementation of its 2020 appropriations he was optimistic that it would meet the targeted 85% implementation in the year 2021.