Police arrested three people in Hungary overnight in connection with the deaths of 71 migrants found in a refrigerated truck abandoned on Austria’s main highway.Ice in eastern Burgenland province. A Syrian travel document was found, indicating that at least some of the dead were refugees fleeing violence in Syria, though it wasn’t clear if some were for elsewhere. The 71 included eight women and four children.

It was the latest tragedy in a year that has seen tens of thousands of people risking everything to seek a better life or refuge in wealthy European countries.

At least 2,500 have died, mostly at sea, where another tragedy was unfolding Friday as Libyan authorities counted bodies from two ships that capsized off the coast of that country. The U.N. refugee agency said 200 were missing and feared dead. 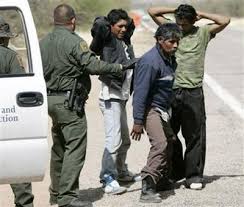 Migrants fearful of death at sea in overcrowded and flimsy boats have increasingly turned to using a land route to Europe through the Western Balkans. They start in Greece, which they can reach via a short boat trip from Turkey. But the discovery of the bodies in the truck showed there is no truly safe path.

The refrigerated truck was found parked in the safety lane of the highway from Budapest, Hungary, to Vienna on Thursday. The death toll was initially estimated at 20 to 50. The bodies were partially decomposed and police had the truck towed to a refrigerated warehouse before they began a body count and tried to identify them. Autopsies were being conducted.

at least two of those arrested are Bulgarian citizens, while the third has Hungarian identity papers, police said.

this story is from yahoo mail.com.