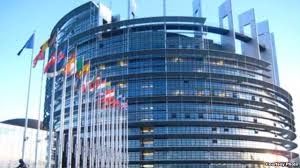 Conakry, Oct.13,2015(Reuters/NAN) Observers from the EU on Tuesday said that Guinea’s presidential election was valid despite some logistical difficulties.

Incumbent President Alpha Conde is seeking another five-year term, and has been predicted to win the polls

The election commission is yet to announce final results from Sunday’s voting, but opposition candidates, including their main leader Cellou Dalein Diallo, called on Monday for the results to be scrapped due to fraud.

Head of the EU observer mission, Frank Engels, said “what I saw in terms of insufficient voting materials, lack of preparation and logistical as well as practical difficulties at the polling stations does not mar the validity of the election”.

His comment was echoed by the Head of the AU monitoring group, which said the election was transparent despite some organisational difficulties.

Guinea, Africa’s largest producer of bauxite, has a history of political violence, no fewer than two people were killed and at least 33 were wounded on Friday in clashes between Conde and Diallo’s supporters.

Early results announced so far showed Conde in the lead, though a second round is possible(reuters/NAN)

NEWER POSTDG NYSC, Brigadier Gen Olawumi Has Said That There Would No Longer Be Concessional Posting For All Corps Members
OLDER POSTFG assures Nigerians Of Improved Electricity Supply