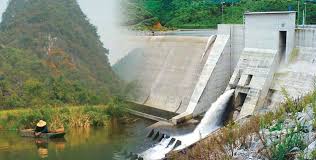 The Gov. of Tanzania Said It Has Increased Its Water & Irrigation Budget By About 90%

The government of Tanzania said  it has increased its water and irrigation budget by about 90 percent to implement water projects that will ensure 85 percent of rural areas access clean water by 2020.

“Currently 21.9 million or 72 percent of Tanzanians who live in rural areas access clean water and the target is to reach 85 percent by 2020,” the minister told the House.

Lwenge said 424 projects were being implemented in rural areas, adding that the focus was to complete unfinished projects, revive dormant ones, expand the existing facilities and continue with new other water development projects.

At the same time, Lwenge said the government will continue implementing the Water Sector Development Programme whose second phase implementation launched in 2014 will cost 3.3 billion dollars between 2015/16 and 2019/20.

He said some of the water projects planned by the government included the supply of clean and safe water from Lake Victoria to residents in Mwanza, Shinyanga and Simiyu regions.

Lwenge said the Lake Victoria project will cater for residents in 100 villages along the main pipeline from the lake to Kahama and Shinyanga.