The announcement made by the Communications Secretary to The Queen stated that “The Right Honourable David Cameron MP had an Audience of The Queen this evening and tendered his resignation as Prime Minister and First Lord of the Treasury, which Her Majesty was graciously pleased to accept.”

While Theresa May has been officially appointed as Prime Minister; she’ll become the country’s second female PM after David Cameron formally resigned. 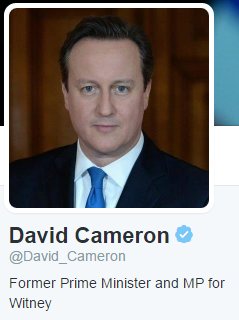 David Cameron immediately change his bio on twitter to former Prime Minister and MP for Witney. 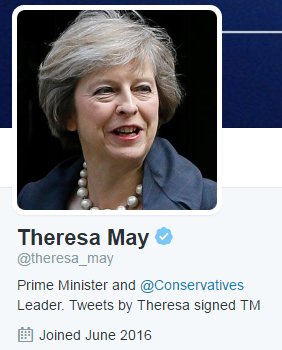 while Theresa May carries the Prime Minister bio with immediate effect.

Also read: David Cameron Likely To Step Down on Wednesday For Theresa May