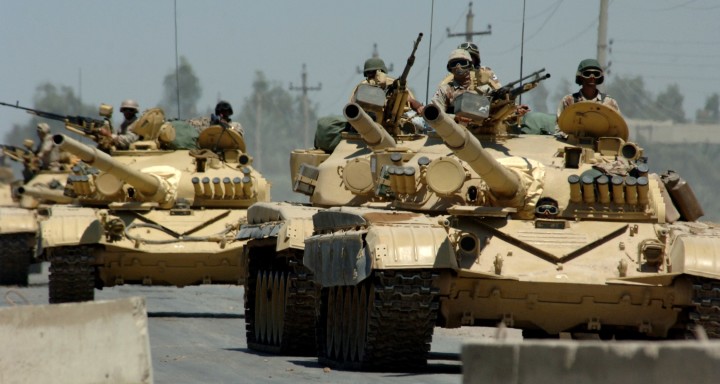 The Pentagon said on Sept. 16 that a U.S.-led coalition airstrike on Sept. 7 killed an Islamic State of Iraq and the Levant (ISIL) leader who oversaw the extremist militant group’s propaganda.

On Aug. 30, ISIL said Adnani was killed in a U.S. airstrike in Syria, which was later confirmed by the Pentagon. A Western diplomat meanwhile told Reuters the United Nations and the Organization for the Prohibition of Chemical Weapons would issue a report next week to the Security Council blaming Syrian army units for attacks using chlorine gas.

The finding by the United Nations and the Organization for the Prohibition of Chemical Weapons, the global chemical weapons watchdog, is based on Western and regional intelligence, the diplomat said.

“It was the 22nd Division, the 63rd Brigade and the 255 and 253 squadrons of the Syrian government,” the envoy said. The identification of specific military institutions responsible for attacks could strengthen a push by some Western members of the U.N. Security Council for a robust response, focused on sanctions and accountability.

President Bashar al-Assad’s government has denied using toxic gas on the battlefield, and said it will cooperate with the OPCW over accusations it has used poison gas against insurgent-held areas during Syria’s civil war.
The year-long joint U.N. and OPCW inquiry, which is investigating reports of attacks between April 11 2014 and Aug. 21 2015, is due to submit its fourth report to the U.N. Security Council next week. The third report, in August, blamed Syrian government troops for two chlorine gas attacks and ISIL militants for using sulfur mustard gas.

The new finding, blaming specific military units, could set the stage for a showdown at the Security Council pitting the United States, Britain and France against Russia and China. The United States and Russia said on Sept. 16 they wanted to extend the four-day-old ceasefire in Syria they have co-sponsored, although the agreement looked increasingly shaky, undermined by increasing violence and a failure to deliver aid.

Russia said it was ready to extend the truce by 72 hours and called on the U.S. to press rebels to abide by it. The U.S. said it agreed an extension was important, but also voiced alarm over the failure of aid to arrive.

Secretary of State John Kerry, who personally hammered out the agreement despite skepticism among some U.S. administration colleagues, told Russian Foreign Minister Sergey Lavrov that Washington would not start the agreed joint targeting of militants until aid arrives.

After three days which saw a marked decrease in violence and no deaths, the first civilians since the start of the truce were killed on Sept. 15, according to the Syrian Observatory for Human Rights. Three more died and 13 were injured in airstrikes in rebel-held Idlib province Sept. 16, the Observatory said. Clashes hit areas east of Damascus Sept.16. Residents in the city center were woken up by a large explosion, a witness said, and shells fell near its eastern limits.

The Observatory said the violence stemmed from clashes between rebels and government forces in the Jobar district on Damascus’ eastern outskirts. Each side said the other had attacked first. Both the warring sides accuse each other of failing to withdraw from Aleppo’s Castello Road, the main route into the rebel-held area which would be used to bring aid. Moscow said Sept. 16 the Syrian army had withdrawn from the road but returned its troops there after they came under fire from rebels.

Insurgent groups in Aleppo said they had seen no such withdrawal from the government side, and would not pull back from their own positions until it did so. “The regime has not withdrawn from the area,” Zakaria Malahifji of the Aleppo-based Fastaqim rebel group told Reuters.

Two aid convoys destined for Aleppo were still stuck on the Turkish border after several days while the sides argued over how the supplies were to be delivered. The trucks contain flour for more than 150,000 people and food rations for 35,000 people for a month, a U.N. spokesman said.

Moscow is still talking up the agreement. Kremlin spokesman Dmitry Peskov told reporters on a conference call: “In general, we can still state that the process is moving forward, despite some setbacks.”But a Russian Defense Ministry official said the situation in Syria “could get out of control” unless Washington forced the rebels to comply with the truce.

“We expect decisive measures from the American side, aimed at influencing the armed groups under their control to rigorously carry out the Sept. 9 agreement,” Lt.-Gen. Viktor Poznikhir said.