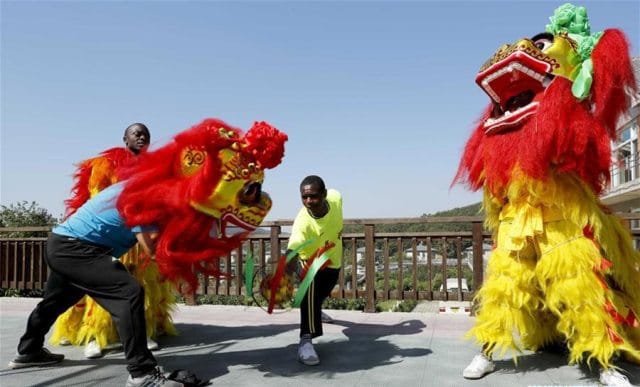 (Xinhua/NAN): Five weeks ago, Adamu Hashimu Ojah from Nigeria watched China’s lion dance for the first time, even though Africa is abundant with lions and Africans are well-known as excellent dancers.

Ojah leads a group of Africans who wrapped up five weeks of lion dance training in northeast China’s Liaoning Province on Friday.

The course is part of a cultural exchange program adopted by the Forum on China-Africa Cooperation in December 2015.

The trainees from Nigeria and Zimbabwe were taught the local style of the lion dance, which is part of Liaoning intangible cultural heritage. 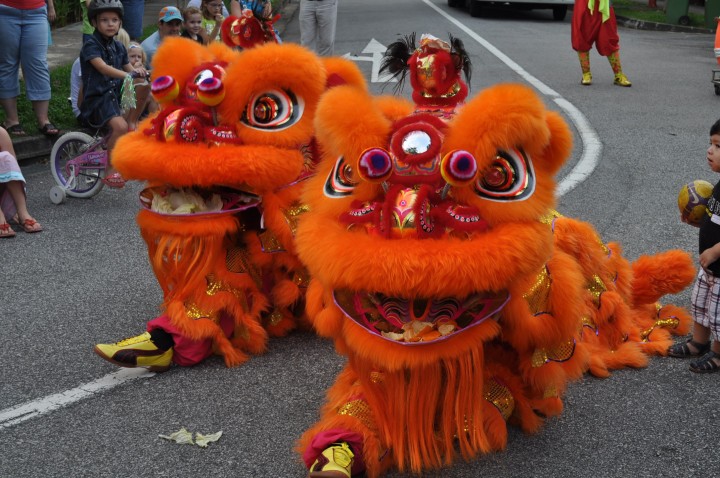 Lion Dancing on the Street

In the dance, two performers hidden inside a highly stylized costume, work as a team to imitate the lion’s movements, including pouncing, tumbling, rolling and leaping.

It is usually staged during traditional festivals or at ceremonies for weddings or business launches.

Ojah, a sports official, said even though his physique makes him unsuitable for the dance, he has taken notes and shot video clips to promote the activity back home.

He observed how the dance requires strength and great coordination between the two performs. Leonard Nyamukapa, 30, told Xinhua, “I love the Chinese lion dance!” in Chinese.

The Zimbabwean said he tried with all his might to hold up the gigantic head of the lion, but often failed. Later he understood that skill is just as important as strength in the dance. His teacher Li Mingxu has been performing the lion dance for more than 20 years.

He said it normally takes several years for a performer to learn to smoothly execute the difficult moves, for example, one stands on his partner’s shoulders while brandishing the lion’s head, which weighs about 20 kilograms.

“My African students practiced for more than eight hours a day. They were so hard-working,” Li said, adding that he is pleased to see the lion dance become a bridge between Chinese and African cultures.