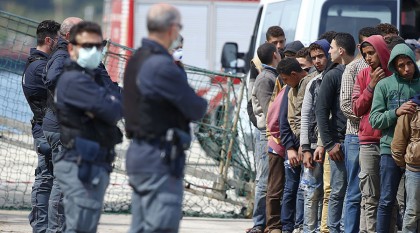 A 27-year-old Nigerian asylum seeker has been arrested by Swiss police in connection with the murder of a volunteer at the centre run by Catholic relief charity Caritas.

He was arrested on Monday, 13th, 2017. The Nigerian man is suspected to have stabbed the 22-year-old woman identified as Soopita P, on a street in the western town of Ahaus on Saturday morning, February 11th. She had been stabbed in her upper body and throat, and died in a hospital as a result of her wounds.

“Extensive investigations resulted in the suspicion of the asylum seeker from Nigeria,” Chief Prosecutor Martin Botzenhardt, said. “Evidence so far suggests that the 27-year-old made several attempts to establish contact with the victim in recent weeks.” German prosecutors said they will pursue an extradition request of the detainee after he was arrested on a European warrant.

“Naturally this is a major turning point for our work,” said Hans-Peter Merzbach, who heads the Caritas mission in Ahaus.
Merzbach noted that the mission would be offering psychological counseling to the victim’s colleagues due to the nature of the case.
“We must find out what kind of help the volunteers need,” he added.

A memorial service for Soopika is scheduled for Friday at St. Mary’s Ascension Church in Ahaus.
The young woman, who had moved to Germany from Sri Lanka with her family, had lived in Ahaus for a number of years and had wanted to work with children after having had experience working in youth welfare.