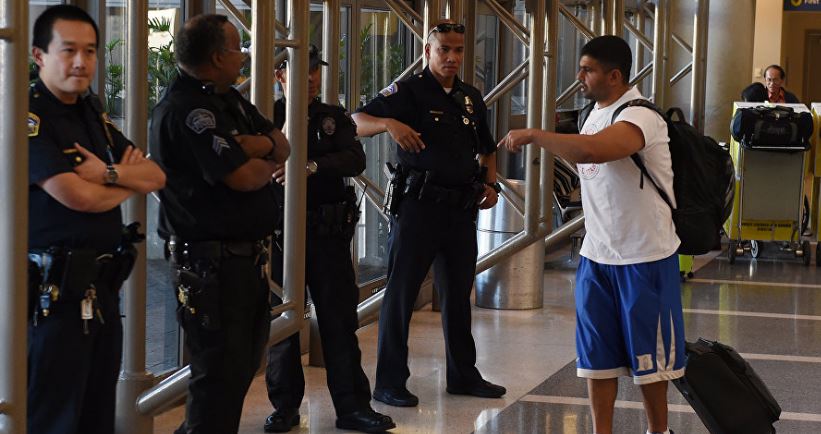 The ruling gave hope to some Middle East travellers but left them unclear how long the new travel window might last. Trump denounced the judge on Twitter and said the decision would be quashed.

“The opinion of this so-called judge, which essentially takes law-enforcement away from our country, is ridiculous and will be overturned!” the president said.

The travel ban, which Trump says is needed to protect the United States against Islamist militants, has sparked travel chaos around the world and condemnation by rights groups who have called it racist and discriminatory.

“Interesting that certain Middle-Eastern countries agree with the ban. They know if certain people are allowed in it’s death & destruction!” Trump tweeted. “When a country is no longer able to say who can, and who cannot, come in & out, especially for reasons of safety & security – big trouble!”

In the wake of Friday’s ruling, Qatar Airways was the first to say it would allow passengers from Iran, Iraq, Libya, Somalia, Sudan, Syria and Yemen to resume flying to U.S. cities if they had valid documents.

Fellow Gulf carriers Etihad and Emirates said they would do the same, as did Air France, Spain’s Iberia and Germany’s Lufthansa. Officials in Lebanon and Jordan said they had received no new instructions on the issue.

The White House said it planned to appeal as soon as possible.

Ibrahim Ghaith, a Syrian barber who fled Damascus in 2013, told Reuters in Jordan: “Today we heard that the measures may have been abolished but we are not sure if this is just talk. If they go back on the decision, people will be overjoyed.”

Iraqi refugee Nizar al-Qassab told Reuters in Lebanon: “If it really has been frozen, I thank God, because my wife and children should have been in America by now.”

The 52-year-old said his family had been due to travel to the United States for resettlement on Jan. 31. The trip was cancelled two days before that, and he was now waiting for a phone call from U.N. officials overseeing their case. “It’s in God’s hands,” he said.

NEWER POSTEPL: Chelsea Move Up 12 Points In a 3-1 Win Over Arsenal
OLDER POSTOlympic Champion, Bolt Rules Out Appearance In 2018 Games