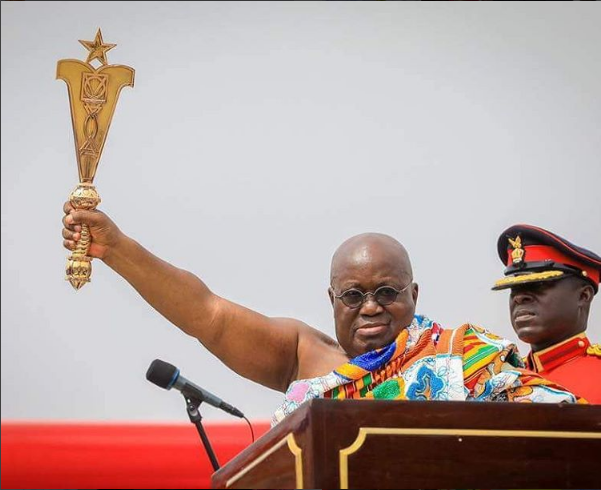 Ghana’s President Nana Akufo-Addo has set a record a least in his country for appointing 110 ministers. Fifty-six of them are full ministers, while 50 are deputy ministers, with the remaining four, ministers of state.

In contrast, Nigeria has 35 ministers. Britain has a total of 120 ministers for a population of about 65 million.

Akufo-Addo who was elected last December, promising to cut expenditure and fight corruption, said the appointments were necessary.

But critics believed that it was an overdo, describing the size of government as “elephant for a country the size of Ghana. Truly, the government size is a record for Ghana.

It is the largest government since the country, of about 27 million inhabitants, adopted a democratic constitution in 1992.

“I’m aware that people are concerned about what they see as maybe the cost of this large government,” Akufo-Addo admitted in an interview on national television.

“It is a necessary investment to make for the rapid transformation of this country,” he said and added that ministers “are coming to work, it is not going to be a holiday”.

But the opposition party is less convinced about the benefit of having such a big government.

“We’re confronted with an elephant size of government and Akufo-Addo has proven that he’s a politician rather than a president,” said Haruna Iddrisu, leader of the opposition National Democratic Congress (NDC) in Parliament.

Following from the new wave of ministerial intake, the agriculture ministry now boasts a minister, a minister of state and three deputies. Four other ministries also have three deputies and a minister.

“It’s a case of jobs for the boys,” said politics lecturer Geoffrey Molu, whose comment was echoed on social media and by commentators on Ghana’s radio and TV channels.

Government spokesman Nana Akomea said criticism would stop if the government delivers on its ambitious agenda.