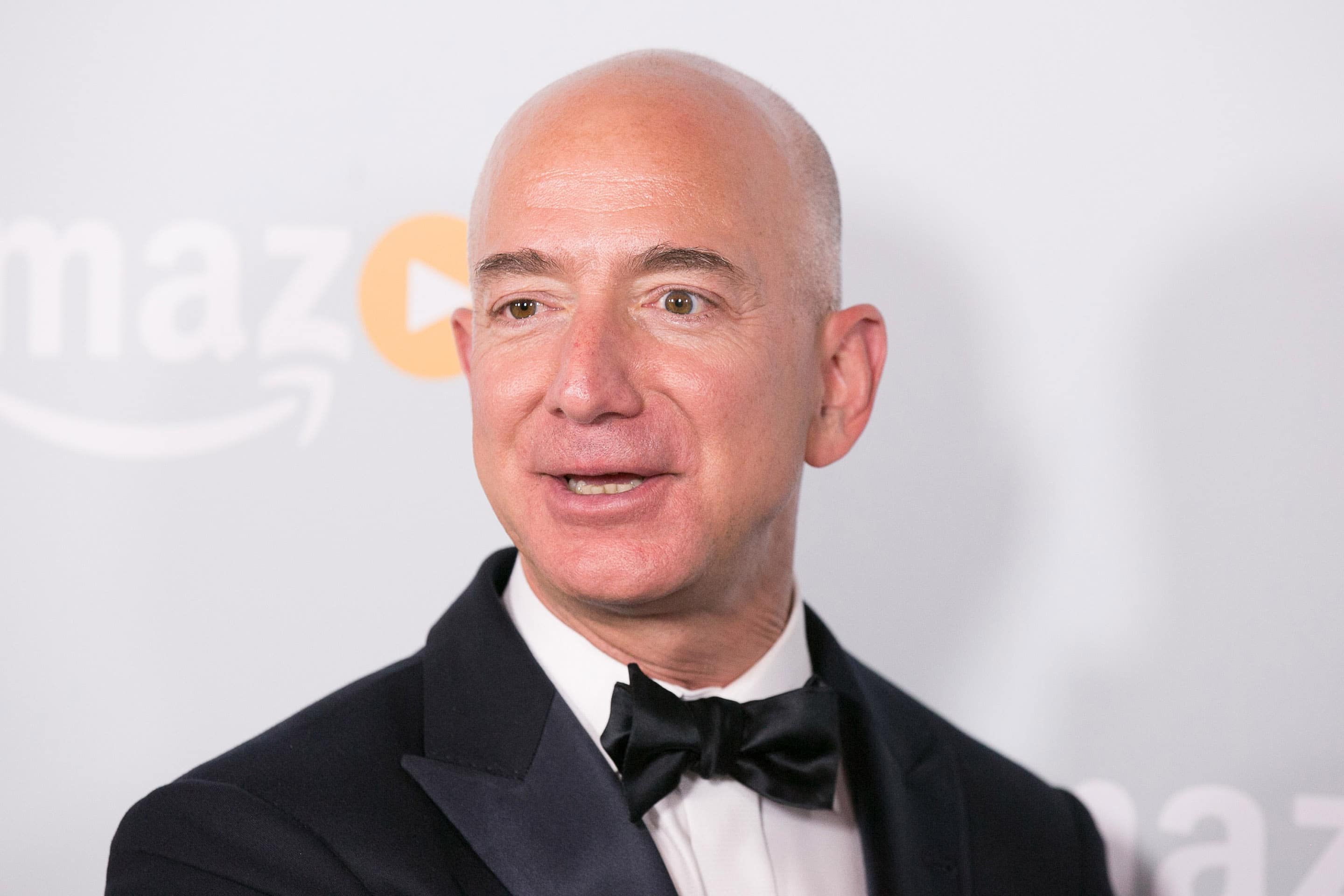 Bill Gates is no longer The World’s Richest man, Jeff Bezos is!

There is a new name at the top of the world wealth league – Jeff Bezos. The founder of Amazon has overtaken Microsoft’s Bill Gates to claim the title of world’s richest person.

Jeff Bezos leapfrogged Gates, who has been the richest man on the planet since 2013, after a rise in the share price of Amazon ahead of its latest results due later on Thursday.

According to a real-time billionaires index compiled by Forbes, the rise pushed the value of Bezos’s fortune to $91bn (£69bn) – compared with Gates’ wealth of $90bn. Their riches are calculated on the share prices of their respective companies and at the current values, Bezos’s stake is twice as big as the carmaker Ford.

Bezos – born in Albuquerque, New Mexico, in 1964 – keeps a relatively low profile, but has used some of the wealth he has amassed to buy the Washington Post and invest in space travel through Blue Origin, a company he founded in 2000.

He founded Amazon in 1994 when he sold books from his garage in Seattle before expanding into a huge range of other products and capturing the global rush to online shopping. Amazon now accounts for 43% of everything sold online in the US and 64m people have signed up for its Prime service – which gives access to free deliveries and video streaming.

At the start of 2017, Bezos was ranked fourth richest in the world, behind Gates, the investor Warren Buffett and Amancio Ortega, who founded Inditex, the company behind retailer Zara.

The share price rally comes despite accusations by Donald Trump, during the US election campaign, that Amazon was “getting away with murder, tax-wise”. He said Bezos was using the Washington Post for “political influence”.

In January, Bezos pledged the full legal resources of his company to fight the travel ban instituted by the new US president against seven Muslim-majority nations.

Amazon floated on the stock market in 1997. Every year Bezos reprints the letter he sent to shareholders that year, insisting it is only Day 1 for the company and pledging to focus on the long-term and be the market leader.

He has not joined the club of billionaires who pledge to hand over the majority of fortunes to charity – started by Gates and his wife along with Buffett – but recently tweeted to ask for philanthropic ideas to help in the short term, which he said was in contrast to his long-term approach to running the business.

“I want much of my philanthropic activity to be helping people in the here and now – short term – at the intersection of urgent need and lasting impact.”

Forbes started tracking billionaires in 1987 and Bezos is the seventh person to hold the title of the world’s richest person. In a report on his rise to the top of the rankings, Forbes said Bezos would not be at the top if Gates had not given so much of his wealth away and has calculated that Gates has been the richest person in the world for more than half the 30 years it had been watching the wealth of billionaires.

The closing share price of Amazon and Microsoft on Thursday will determine whether Bezos cements his position at the top of the league. Microsoft’s shares were down on Thursday.

Technology stocks have been outpacing the rest of the US stock market but wobbled last month amid concerns that the sector might run off steam. Amazon and others then started to rally again. It remains to be seen whether Bezos is able to permanently claim the top slot.

Amazon has now expanded beyond retailing. It now sells cloud computing services to thousands of businesses ranging from Netflix to the UK’s ministry of justice. It also makes TV shows and the Echo smart speaker, which allows users to speak to Alexa, an electronic personal assistant.

Culled from The Guardian UK.