Former Malaysian Premier, Najib Razak, whose near 10-year rule ended two weeks ago, returned to an anti-graft agency on Thursday to resume his explanation for the suspicious transfers of 10.6 million dollars into his bank account. 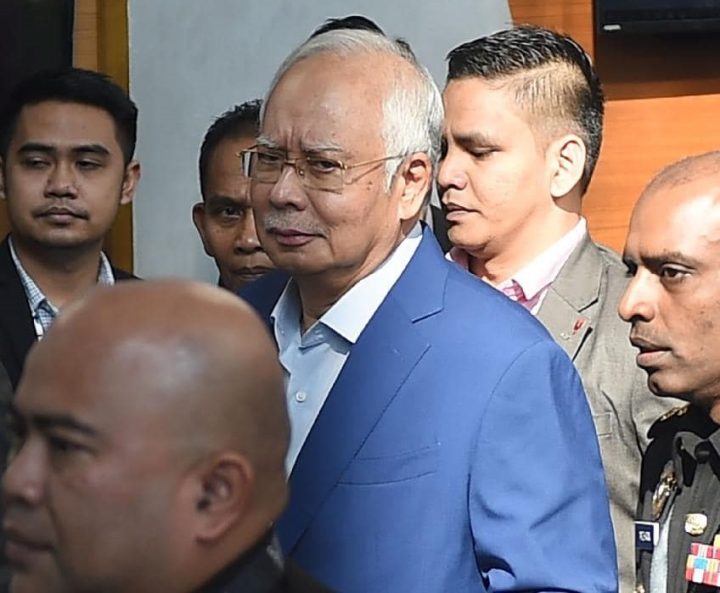 The sum represents just a fraction of billions of dollars that went missing from 1Malaysia Development Berhad (1MDB), a state fund founded by Najib, in a scandal that was a key reason why voters dumped him in an election on May 9.

Entering the Malaysian Anti-Corruption Commission, the embattled 64-year-old Najib appeared relaxed, smiling and waving as he walked through a throng of journalists.

Elsewhere in the building, agents met with Xavier Justo, a Swiss national, who was the first whistleblower in the 1MDB affair.

Journalists saw Justo in the lobby half an hour before Najib arrived.

Najib began making his statement on Tuesday to explain the transfers of 10.6 million dollars (42 million ringgit) into his bank account that investigators traced back to a former unit of 1MDB.

Convinced that his former protege was corrupt, 92-year-old Mahathir Mohamad, who had quit as prime minister in 2003 after leading Malaysia for 22 years, came out of retirement to join the opposition and defeat Najib.

Mahathir has barred Najib and his wife, Rosmah Mansor, from leaving the country, and ordered the anti-graft agency to investigate where 1MDB’s money went.

It was documents leaked by the former director of energy group PetroSaudi International, which ran an energy joint venture with 1MDB from 2009 to 2012, that triggered investigations in at least six countries.

Mahathir has also accused Najib’s government of understating Malaysia’s national debt, saying the true figure is one trillion ringgit (250 billion dollars), equivalent to 65 per cent of the gross domestic product, whereas Najib put the figure at 50.9 per cent.

In a late night Facebook post on Wednesday, Najib said Mahathir and his finance minister’s “alarming and confusing” remarks about the country’s debts and 1MDB liabilities “tell half the story” and had caused the stock market to fall.

“While you may want to slander and put all the blame on me to give a perception of a dire financial position to justify why you cannot deliver on your manifesto promises…you must remember that the country and our people comes first,” he wrote.

Najib has consistently denied any wrongdoing at 1MDB.

Investigators have already searched Najib’s home and several properties, seizing cash, jewelery and luxury items estimated to be worth millions of dollars.

The initial focus of the Malaysian Anti-Corruption Commission’s probe into 1MDB is on transfers of 42 million ringgit from SRC International to Najib’s account.

SRC was created in 2011 by Najib’s government to pursue overseas investments in energy resources, and was a unit of 1MDB until it was moved to the finance ministry in 2012.

MACC has been able to track the money trail from SRC more easily because transactions were made through Malaysian entities, whereas most other transfers of 1MDB funds went through foreign banks and companies.

In a separate development, Malaysia’s central bank said on Thursday that it has given the anti-graft investigators details of a government land sale transaction.

Two sources with knowledge of the matter said that Najib’s government gave the two billion ringgit proceeds to cover some of 1MDB’s liabilities.

The sources also said that Najib’s government had used money raised from a deal with sovereign wealth fund Khazanah Berhad to pay off some of 1MDB’s liabilities.

Khazanah paid the government 1.2 billion ringgit (301.05 million dollars) in mid-2017 in exchange for redeemable shares that the finance ministry owned, the sources said, adding that the funds were used to pay some of 1MDB’s dues to Abu Dhabi fund IPIC.

1MDB had agreed to pay 1.2 billion dollars to IPIC as part of a settlement agreement reached in April 2017 after 1MDB defaulted on its bonds.

The finance ministry did not immediately respond to requests for comment.(Reuters/NAN)