South Africa’s Upper House of Parliament, the National Council of Provinces (NCP), on Tuesday approved the controversial National Minimum Wage (NMW) Bill which will be sent to President Cyril Ramaphosa for assent.

The Parliament said the NCP approved the bill without amendment. 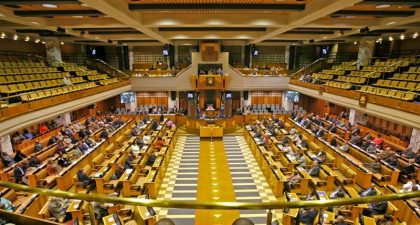 The bill, which Minister of Labour Mildred Oliphant introduced in November 2017, aims to provide for a NMW and the establishment of a commission with clear functions and composition for implementation, Parliament spokesperson Moloto Mothapo said.

The National Assembly (Lower House of Parliament) had earlier approved the bill and referred it to the NCP. Once signed by Ramaphosa, the bill will become law.

Trade unions have lambasted the NMW as “slavery wage,” saying the working class cannot make both ends meet with the meagre NMW.

In May, massive protests against the bill took place across the country.

Trade unions have threatened to stage more protests if the NMW wage is not raised to a living wage.

The government says setting the NMW was informed by research and robust analysis of various scenarios and their possible ramifications, not by some idealistic desires.

All social partners have worked hard for nearly three years to reach agreement on the NMW to improve the conditions of millions of poor families, according to the government.

Ramaphosa has pledged to increase the NMW over time in a way that meaningfully reduces poverty and inequality. (Xinhua/NAN)