adminOctober 30, 2018 1:32 pm 0
The US president, Donald Trump, who is taking an increasingly hard-line stance on immigration, has announced he is going to terminate the right to citizenship for babies born on US soil to non-citizens. 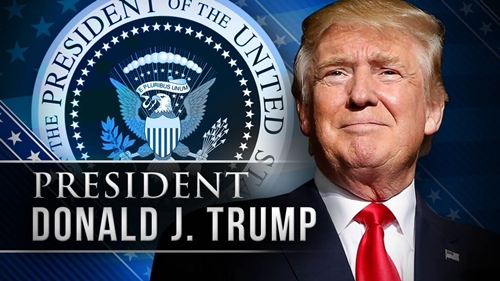 President of United States, Donald Trump has announced he plans to terminate the right to citizenship for babies born on US soil to non-citizens, according to Independent UK.
Trump who is taking an increasingly hard-line stance on immigration, said the “process” to end birthright citizenship by executive order is underway, and denied such a fundamental change would need the input of congress.
“It was always told to me you need a constitutional amendment,” Trump told Axios on HBC. “Guess what, you don’t.”
“You can definitely do it with an act of congress, but now they’re saying I can do it just with an executive order,” the president continued.
“Now how ridiculous, we’re the only country in the world where a person comes in, has a baby, and the baby is essentially a citizen of the United States for 85 years with all of those benefits. It’s ridiculous, it’s ridiculous and it has to end.”
Asked if he had consulted White House lawyers about such a contentious move, Trump said he had and that it was “in the process, and it will happen”.
Any move by Trump to end birthright citizenship would almost certainly spark legal challenges that would force the courts to decide on its constitutionality.
Under the Immigration and Nationality Act, US citizenship is granted to any person born on US soil, and ultimately stems from the Fourteenth Amendment of the American constitution.
The 1868 amendment states: “All persons born or naturalized in the United States, and subject to the jurisdiction thereof, are citizens of the United States and of the State wherein they reside.”