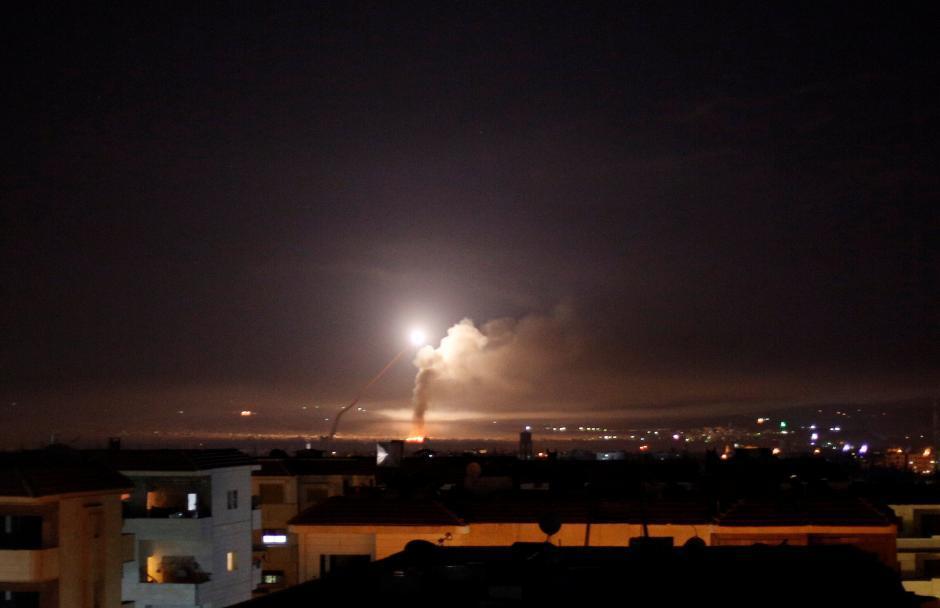 “We condemn any attempt to harm Israel’s security,” Le Drian said in an interview in Friday’s edition of newspaper Le Parisien.

“But beyond that, we must take action so that diplomatic solutions can be implemented quickly and de-escalation takes place.”

Iranian targets have repeatedly been hit inside Syria in recent weeks in attacks thought to have been conducted by Israel.

On Thursday, Israel accused Iran of firing a barrage of rockets against the Israeli side of a ceasefire line on the Golan Heights, partly controlled by Israel since the 1967 Arab-Israeli war.

Israel hit back with dozens of airstrikes that it said hit “almost all” Iranian military infrastructure in Syria.

Le Drian said that the 2015 agreement on Iran’s nuclear activities remained in force despite the US pulling out on Tuesday.

But France still wants to complement it with new measures on issues such as Iran’s ballistic missiles and its military activities in the region, he said.

Asked how he could reassure Iranian citizens, he said: “We are faithful to our commitments. We have expectations, but we’re here.”

Iran and its Lebanese ally Hezbollah, alongside Russia, have been key backers of the government side in the Syrian civil war.

But Israel, which has fought against Hezbollah on several occasions, sees the development of Iranian or Hezbollah positions near the Golan Heights as a strategic threat.