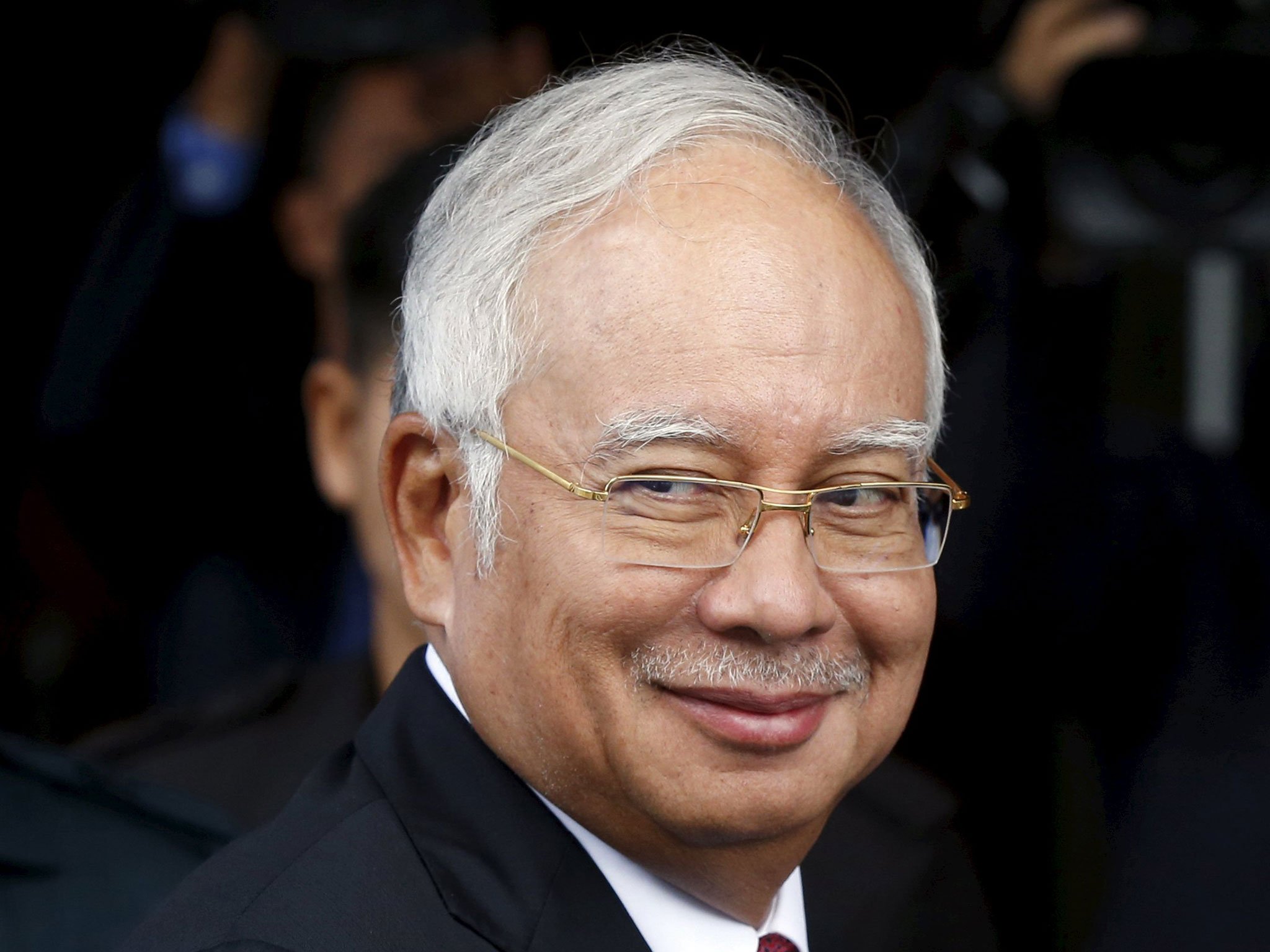 Malaysia’s former prime minister Najib Razak was hit with new charges today linked to a multi-billion-dollar financial scandal that contributed to his shock election defeat in May.

Appearing at a court in Kuala Lumpur, Najib was charged with three counts of money-laundering over claims he pocketed 42 million ringgit ($10.3 million) from a former unit of scandal-hit sovereign wealth fund 1MDB.

These are in addition to the charges he faced last month after he was first arrested — three for criminal breach of trust and a separate count that he abused his position to take the money.

The 65-year-old, who is free on bail, has denied all the charges.

Malaysia’s new government is probing allegations that billions of dollars were looted from 1MDB, which was set up and overseen by Najib, in an audacious fraud that spanned the globe.

Allegations of massive corruption were a major factor behind the electoral earthquake in May that toppled Najib’s long-ruling coalition and ushered in a reformist alliance headed by his 93-year-old former mentor Mahathir Mohamad.

In a packed courtroom, the three new charges were read out to Najib. Asked if he understood them, Najib — dressed in a dark blue suit and looking tired — said he did.

His case was transferred to another court, where he entered not guilty pleas, meaning he will stand trial. Trial dates will be fixed on Friday, the judge said.

As he left court, a handful of supporters shouted “long live Najib” while his lawyer Muhammad Shafee Abdullah said the toppled leader believed the case was driven by politics.

“I am confident of a fair trial for my client, but my client thinks this is a political prosecution,” he told reporters.

Najib is facing a long time behind bars if found guilty — the money-laundering charges carry maximum jail terms of 15 years each, while the other four charges carry sentences of 20 years each.

The money-laundering charges allege 42 million ringgit stemming from illegal activities was transferred to Najib’s bank accounts between December 2014 and February 2015.

All the charges relate to fund transfers from SRC International, an energy company that was originally a subsidiary of 1MDB.

The sums involved are just a fraction of the $681 million that was mysteriously transferred to Najib’s personal bank accounts several years ago, sparking uproar in Malaysia.

The then attorney general — who had ties to Najib’s party — cleared the leader of wrongdoing, and said that the money had been a donation from the Saudi royal family.

Najib, who has consistently denied any wrongdoing, and his allies are accused of plundering billions of dollars from 1MDB to buy everything from US real estate to artworks.

The US Department of Justice, which is seeking to recover items allegedly bought with stolen 1MDB cash in America, estimates that $4.5 billion in total was looted from the fund.

Following Najib’s election loss, police seized a vast trove of items — including expensive handbags and jewellery — from properties linked to him with an estimated value of up to $273 million.

Investigations into 1MDB have been moving swiftly. On Tuesday, a luxury yacht allegedly paid for with about $250 million stolen from 1MDB arrived outside Kuala Lumpur after being handed over by Indonesian authorities, who impounded it following a DoJ request.

The 300-foot (90-metre) Equanimity, kitted out with a pool and helicopter landing pad, was allegedly bought by playboy financier Jho Low, a friend of Najib’s family who was said to exert great influence over 1MDB.

Najib and his wife Rosmah Mansor led a life of luxury, allegedly funded by stolen public money, that came to symbolise the rot in an elite that had ruled the country uninterrupted since Malaysia’s independence from Britain in 1957.