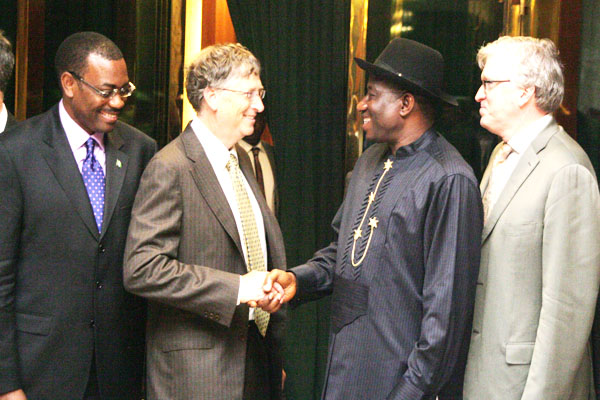 President Goodluck Jonathan says politics will no longer disrupt commitment to polio eradication. He also conferred on the renowned philanthropic billionaire, Bill Gates with the Commander of the Federal Republic for his unequalled personal contribution to polio eradication in Nigeria. It comes with the decoration of Mr. Gates by the Sultan of Sokoto, Muhammad Sa’ad Abubakar on behalf of the traditional institution united in the fight against the disease. It was during the regular meeting of the Presidential Task Force on Polio Eradication, where President Jonathan also praised Nigeria’s most prominent business man, Aliko Dangote who through his foundation has associated with the Bill and Melinda Gate Foundation as strong partners in the project.Sultan Abubakar noted their total concern for the programme as no father will want to watch his child go disabled. He was supported by Mr. Gates and Alhaji Dangote with recognition for governors who raised the stakes on the eradication scheme.