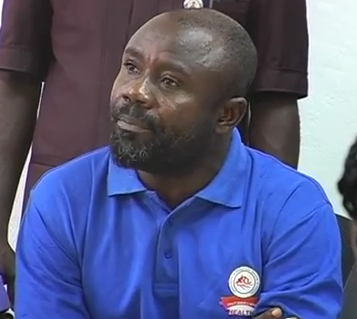 The Police have paraded a suspected fake medical doctor who had worked with the Federal Ministry of Health, for over nine years. Police say Martins UgwuOkpeh an impostor assumed the identity of one Dr. George Davidson Daniel.

Presenting the suspect to journalist,the force deputy public relations officer CSP Abayomi Sogunle says the arrest followed a petition to the police in February this year adding that the investigation proved that Mr Okpeh entered the federal Civil service with fake credentials and had attended many training including that on volunteers on Ebola outbreak in Liberia

But While admitting the allegation, Mr Okpeh in a twist said he went into the federal ministry of health as
an independent investigator.

The consequences is better imagined, had it been he operated at the clinical level. The good news is that he restricted
himself to administration and statistics.
Police said the suspect will be charged to court as the investigation has been concluded.