National Agency For The Control of Aids Announced The Reduction of HIV/Aids in West Africa.

The National Agency for the Control of Aids (NACA) announced the reduction of HIV/Aids prevalence rate in West Africa. 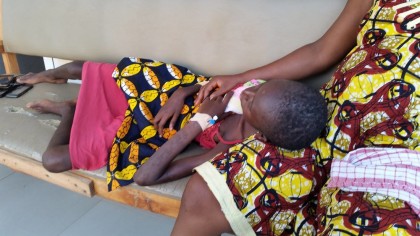 The Chairman of the Governing Body of the Abidjan-Lagos Corridor Organization and Director General of the NACA, Mr John Idoko, told a gathering in Abuja that Nigeria is recording a minus three percent new infection rates while Ghana has achieved a minus-one prevalence rate.

The organization is set up to control the prevalence of sexually transmitted diseases, HIV/Aids and Ebola in the West African sub region.

14 years after its establishment, Chairman of the organization said the region has achieved significant reduction in the prevalence of HIV/Aids and control of other disease that are easily transferred along the borders of these countries where 65% of the economic activities of West African states happen.

CATEGORIES Health
TAGS National Agency For The Control of Aids 'Announced The 'Reduction of HIV/Aids . in West Africa.
Share This