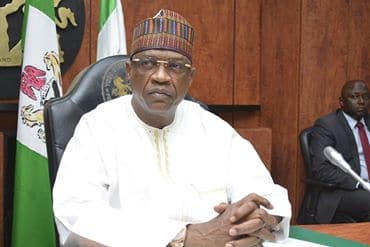 H.E Gov. Ibrahim Gaidam said the Yobe State Government will partner with the National Agency for Foods and Drugs Administration and Control (NAFDAC) to achieve the agency’s mandate of countering substandard and counterfeit foods and drugs and other products regulated by the agency.

Speaking late this evening when NAFDAC Director General Mrs. Yetunde Oni paid courtesies on him at the Government House Damaturu, the governor described as “paramount” the need to address the challenges of substandard and counterfeit drugs, given the question of difficult terrain and the porous borders that Yobe shares with Niger Republic.

The governor said the disastrous and unfortunate activities of Boko Haram insurgents witnessed in the state recently might have been influenced by the use of illicit drugs as some of the exhibits recovered from some of the insurgents by security agents seemed to suggest.

H.E Governor Gaidam called on NAFDAC to sensitize the public on the perils of patronizing drug hawkers and take decisive steps to address the problems of fake drugs, drug misuse and street hawking of drugs in the state.

The governor also called on NAFDAC to undertake more research and proffer ways to help farmers in the state preserve their farm produce.

NAFDAC DG Mrs Yetunde Oni assured the governor that, because the activities of her agency impacts the life of every person living in the country, her agency will continue to take every step necessary to fight the problems of substandard and counterfeit drugs and all other items regulated by NAFDAC.

Mrs Yetunde asked for more support from the state government and called for the establishment of a state task force to work with all stakeholders at the grassroots level to address all concerns with regard to fake drugs and drug misuse, amongst others.

She also pledged to help train farmers in the state on how to store and preserve their farm produce and how to make sure that they use and sell them in a safe and clean way.