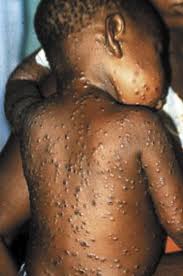 The Bayelsa Government on Sunday said it had intensified efforts, especially in the area of public enlightenment and civic engagement, to curb the spread of the monkeypox viral disease in the state.

The Commissioner for Information and Orientation in the state, Daniel Iworiso-Markson, disclosed this in a statement made available to newsmen in Yenegoa.

Iworiso-Markson urged residents of the state to report all suspected cases of the disease by calling the toll free hotlines 08066987752 and 08035474676 to reach the rapid response team of the health ministry.‎

The commissioner said that the sensitization campaign in the media was with translations in all the local dialects in the state and would be aggressively sustained.

Iworiso-Markson explained that out of the number of those quarantined at the Niger Delta University Teaching Hospital (NDUTH), Okolobiri, many were already showing signs of recovery.

He stated that two out of the index cases and the doctor affected by the disease had since fully recovered and discharged, expressing joy that no death had been recorded so far.

“To further allay the fears and reassure Bayelsans of governments’ effort in curbing the disease, let me make it clear that we are on top of the situation.

“However, it is important for people to take note of the fact that prevention is better than cure.

“ Hence, they are required to always wash their hands, avoid monkeys, bush meat, and dead animals.

“They should also be on the lookout for symptoms which often manifests as various stages of rashes and an intense weakness of the body, severe pains, among other things,” he said.

The News Agency of Nigeria (NAN) recalls that River Commissioner of Health, Prof. Chike Princewill, had on Friday confirmed the spread of the monkeypox disease in Port Harcourt with three cases so far reported.