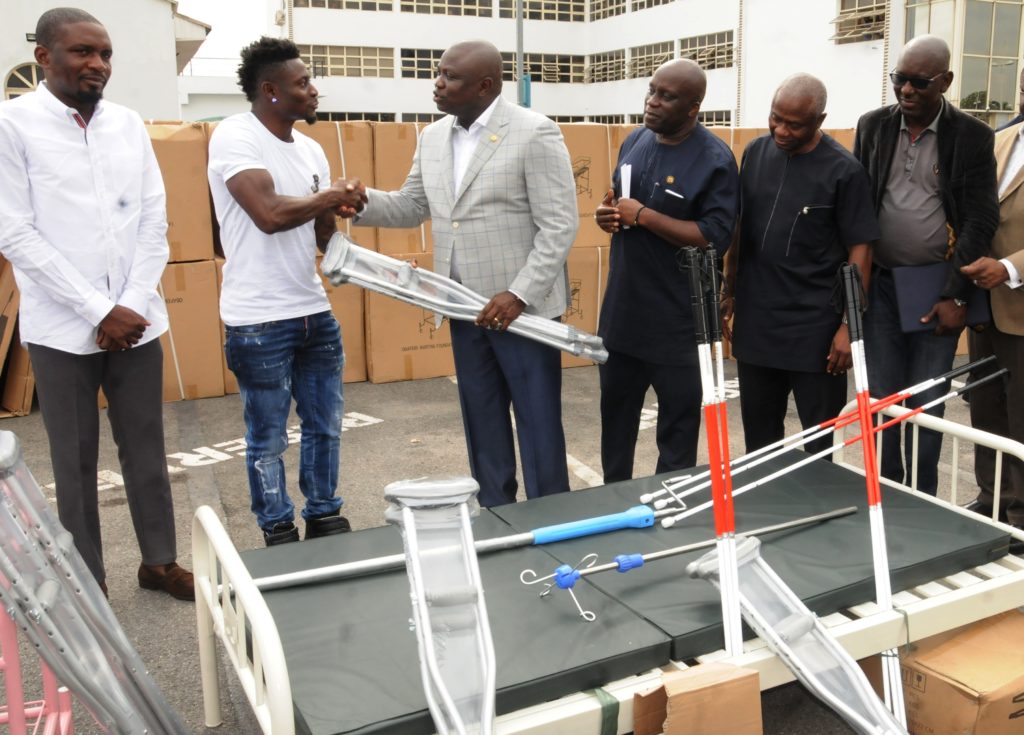 Presenting the equipment to Gov. Akinwunmi Ambode at the State House in Alausa, Ikeja, Martins said that the gesture was part of the mission of his foundation –  Obafemi Martins Foundation.

The News Agency of Nigeria (NAN) reports that the equipment include 185 wheel chairs,100 baby cots,180 crutches, 60 hospital beds ,13 electronic wheelchairs and 400 pieces of white canes for the blind.

“It is an honour for me to introduce something very dear to me which is my philanthropic foundation.

“The mission of the foundation is to assist the less privileged,” Martins said.

He expressed confidence that his contribution to the society would impact positively on lives.

Responding, Ambode hailed Martins for the donation, describing it as a worthy, noble and selfless act which demonstrated the football star’s commitment to the country, especially Lagos State.

“We believe strongly that sports can be a veritable tool to touch humanity, and Martins has just exemplified that.

“You have shown yourself to be a true model on and off the pitch, and the state is proud to be associated with you,’’ Ambode said.

The governor gave the assurance that the equipment would be used judiciously.

He called on other well meaning individuals to emulate Martins by giving back to the society.