The National Agency for Food, Drugs Administration and Control (NAFDAC) has  mopped-up fake and expired foods, drugs, cosmetics and other products worth N15million in Nasarawa State. 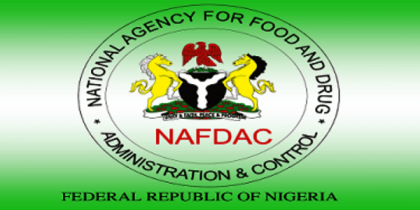 Mr Michael Attah, the Coordinator of the Agency in the state, told the News Agency of Nigeria (NAN) on Thursday in Lafia that the products were confiscated from January to date.

Attah said that most of the products were mopped-up during routine checks at shops and pharmacies across the state.

He added that some expired products, especially drugs, were voluntarily submitted by individuals.

“Last week, the owner of a particular pharmaceutical shop submitted drugs worth about N5 million to us for destruction.

“We commended this gesture and urged other spirited Nigerians to emulate,’’ he said.

Attah, however, decried the high rate of drug abuse among youths in the state and stressed the need for strong collaboration among stakeholders to curb the menace.

“We have concluded plans to intensify our sensitization and advocacy to traditional rulers to help educate their subjects on the need to shun drug abuse and safe their lives,’’ Attah said.

Attah said that the agency had opened an office in Karu to effectively regulate the unwholesome practices there following the growing population of the state, especially, along the Abuja corridor.

He said that the agency was also collaborating with the state and local government areas to have desk officers, who would facilitate the agency’s assignments across the state.

He also condemned attacks on some of the agency’s personnel by some youths in parts of the state.

Attah said that they should not see NAFDAC officials as their enemies; rather they should see them as friends.

The coordinator appealed to the state government to provide the agency operational vehicles to enable it effectively safeguard the health of the people. (NAN)