Gov. Tanko Al-Makura of Nasarawa State on Thursday appealed to private health facilities in the state to subsidise the medical bills of Internally Displaced Persons (IDPs).

Al-Makura made the call in Abuja during the distribution of relief items by the National Commission for Refugees, Migrants and IDPs (NCFRMI) to refugees and asylum seekers at the Nyanyan-Gwandara Transit Camp in the state. 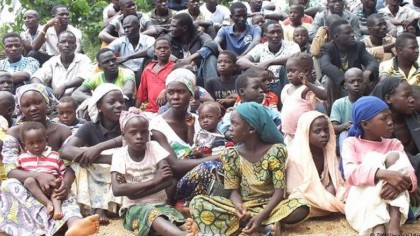 Represented by his Deputy, Mr Silas Agara, the governor said that subsidising medical bills of the displaced persons would enable them access better services.

He said that it would also help to curtail the spread of infectious diseases especially among those in IDPs camps and those living in host communities.

Al-Makura said that the hospitals could render such services as part of their contributions and support to alleviating the sufferings of the IDPS, refugees, asylum seekers and other persons of concern.

“I want to call on private hospitals within the state to introduce schemes of providing subsidy to displaced persons, refugees and asylum seekers where they can seek medical care at a cheaper rate.

“Such schemes would be helpful especially at this time with the outbreak of some air bone diseases and these interventions would help curtail the spread of these diseases.

“The government hospitals are on ground and have been catering for the needs of the IDPs and so we call on the private hospitals for their support.

“Efforts are ongoing to reconstruct and renovate the critical facilities that will support the IDPs like schools, hospitals, potable water, police stations, places of worship and things we have the capacity to do.

“It is the responsibility of a responsible government to do that and I want to assure the National Human Rights Commission and the NFCRMI of contributing our quota.

“In the next few weeks, we would be awarding jobs to ensure that this physical facilities are put in place to rebuild affected communities and villages to properly resettle the IDPs,’’ the governor said.

Al-Makura called on kind hearted Nigerians to support government effort in various ways, explaining that material donations are not enough but ideas that will help in the fast rehabilitation of displaced persons.

Mr Adamu Kaikai, the Executive Secretary, Nasarawa State Emergency Management Agency (NASEMA), urged the refugees and asylum seekers to use the items for the purpose they have been given.

Kaikai, who was represented by Mr Kasim Suleman, a staff of the agency, cautioned them against selling the food items warning them of the dangers and health implication of starvation and malnutrition.

He said that anyone caught selling the food stuff and non-food items would be sanctioned.

The News Agency of Nigeria (NAN) reports that the transit camp is currently hosting 23 families from Chad, Cameroon, Eritrea, DRC and Niger, among others.

Most of them have lived there for more than 15 years. (NAN)