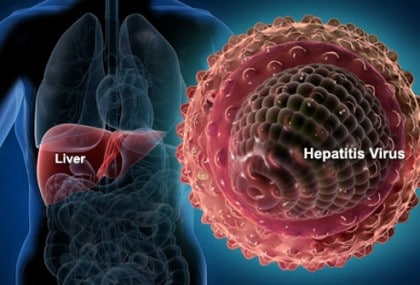 Eze disclosed this at a Road walk to commemorate the 2017 World Hepatitis day with the theme “Eliminate hepatitis “Say no to hepatitis, know your status’’ attributed the figure to the research conducted by the Federal Ministry of Health.

According to the country director, viral hepatitis, an inflammation of the liver, is caused by one or more of the five major hepatitis viruses known as types A, B,C and E.

“The preliminary studies done by the Federal Ministry of Health in 2013 revealed that we have 19 million Nigerians effected by hepatitis B,’’ he said.

He said hepatitis B and C as the most prevalence and most deadly but that all the viruses had the potential to cause liver disease.

Eze  says, “Hepatitis B and C in Nigeria are the major causes of chronic hepatitis, cirrhosis and hepatocellular carcinoma (HCC) and the second leading cancer mortality, worldwide.

“Hepatitis B is a vaccine preventable disease that is 50 to 100 times more infectious than HIV and is transmitted through exposure to infectious blood, semen and other fluids.

This is transmitted vertically from infected mothers and unsafe sexual intercourse.

“It can as well be transmitted through the transfusion of Hepatitis B Virus infected blood (HBV), unsafe medical procedures, sharing of needles among injection drug users and horizontally between children.

“HBV is not a curable disease, however antiviral treatment has been shown to reduce the risk of transmission, the possibility of developing complications and death’’.

Dr Adoration Chigere, Director of Programmes, Golden Cross Agency, an NGO, who described hepatitis B as a silent killer said it did not have any symptoms.

He also said people with hepatitis virus were unaware that they had been infected.

The director of programmes described symptoms of hepatitis as common with other illnesses.

According to her, the only way to determine hepatitis B virus is through blood testing or screening.

“Acute hepatitis B refers to a short term infection that occurs within the first six months after someone is infected with the virus.

“The infection can range in severity from mild illness with few or no symptoms to serious condition requiring hospitalisation,’’ Chigere said.

“ It can stay in one’s blood for a very long time and normally manifested at the level when a young man or woman becomes productive, responsible to his or her parents.

According to him, chronic complications in hepatitis can lead to liver problems failure of organs of the body among others.

“The day is to let every persons know that there is a problem and people should get tested, if you are negative, you stand the chance of living free and vaccinated,’’ he said.

Anyaike said the day is marked globally for creation of awareness for people to know that there is viral hepatitis which is a silent killer.

The expert who identified hepatitis as the disease of the liver, said whatever affected the liver, clearing engine house, could reduce the immune system.(NAN)