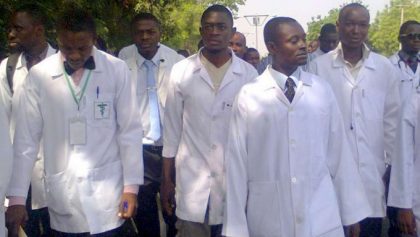 Thehas commenced training of medical practitioners and other stakeholders in Kebbi on the effect of handling radiology facilities.

The Director General of the authority, Prof Lawrence Dim, said at the opening of the two-day workshop on Thursday in Birnin Kebbi that it was meant to sensitise the participants on the harmful effects of ionizing radiation from the practice.

He said that the authority was established to ensure nuclear safety and compliance to radiology protection regulations in the country.

The director general, who was represented by an official of the agency, Dr Isa Sambo, said ionizing radiation sources were used in almost all sectors including heath, agriculture, water resources, manufacturing, industries, education, mining and security.

He said it was imperative for government and other practitioners to protect workers, patients and the environment from the harmful effect of the radiation.

Dim urged the participants to discuss and proffer solutions to issues militating against the full protection of those using radiology machines, to safeguard their health and that of patients.

The state Commissioner of Health, Umar Kambaza, assured that the government and all participants would use the knowledge acquired during the workshop to protect themselves and all those exposed to ionizing radiation sources.

He commended the nuclear authority for organising the workshop, describing it as timely and necessary to safeguarding public health. (NAN)