The Federal Capital Territory (FCT) Primary Health Care Development Board says it will immunise no fewer than 816,978 children against polio in the April round of the exercise. 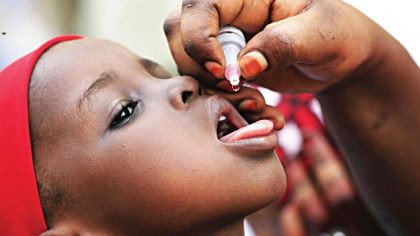 The acting Executive Secretary of the board, Dr Mathew Ashikeni, said this at the 2018 National Immunisation Plus Days (NIPDs) in Abuja on Friday.

Ashikeni explained that the NIPDs was a strategy to vaccinate children from birth to five years against poliomyelitis, which would also serve as booster dose for children already vaccinated.

He said the immunisation plus days would avail children who missed vaccination during the routine and previous supplementary immunisation days to be inoculated.

He commended the FCT Minister, Alhaji Musa Bello, for the involvement in mobilising residents of the territory to accept vaccination for their children.

According to him, the exercise will hold between Saturday, April 7 and Tuesday, April 10.

The Secretary, Health and Human Services Secretariat, Mrs Amanda Pam, said the FCT Administration was committed to eradicating polio in the territory.

She said no case of polio had been recorded in FCT since May 2015 and FCTA had expanded immunisation services to many places like Internally Displaced Person’s camps, nomadic settlements and slums.

She urged the six area council chairmen of the FCT to be personally involved in supporting polio eradication and routine immunisation activities by ensuring supervision in the exercises.

She added that “the release of area council counterpart funds at least two weeks prior to immunisation campaigns by the area councils and every three months for routine immunisation are critical for every successful implementation.

“Attending the daily evening review meetings and chairing gatherings of area council task force is also important and should be taken seriously.” (NAN)