Mr Dankolo, a substance expert with the National Drug Law Enforcement Agency (NDLEA), in Adamawa, says the danger posed by drug abuse to a nation or community is worst than insurgency and corruption. 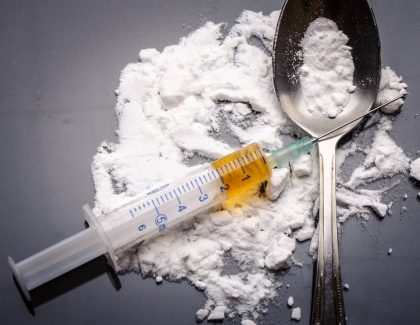 Dankolo made this known Friday at a Peace Architecture Dialogue (PAD), organized for stakeholders by an international NGO, Search for Common Ground (SFCG) in collaboration with Adamawa government.

Dankolo observed that drug was the root of all crimes and the easiest way to destroy a nation is to introduce the drugs to its youths.

“It you want to really kill a tree, you attack its roots. We need to be more serious about our mental health.

“Countries like Singapore and Indonesia who realized the danger have already prescribed death sentence for hard drugs like cocaine and heroine,” Dankolo said.

He said that a research had shown that there is more beer palour in Nigeria than churches and mosques put together.

He blamed lack of proper legislation on drugs abuse as one of the major problem affecting the fight in Nigeria.

Dankolo lamented that the problem of drug abuse is taking a new dimension with youth now resorting to taking lizard dung and inhaling smell from sewage to get ‘high’.(NAN)