Rotary International has introduced an electronic platform to reduce mother and child mortality in Ondo State.
Prof. Emmanuel Lufadeju, the National Coordinator of the organisation, said this during a courtesy visit to the state Ministry of Health on Friday in Akure. 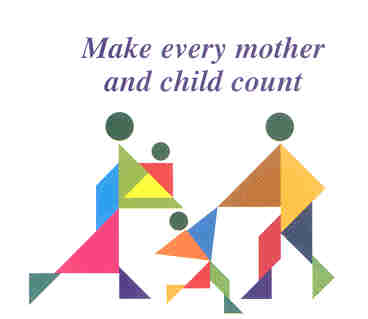 Lufadeju said that it was a major concern that out of every 100,000 births in Nigeria, there would be 500 to 600 woman deaths; hence the need for quick intervention.
According to him, the organisation is prompted to wage in because many causes of the death are preventable.
“Rotary International has a track record of success in humanitarian services and we are working assiduously to bring to public domain knowledge that women should not die because of pregnancy.

“But if they do not go to hospitals, there is no way to be assisted or may be too late,’’ the official said.
He added that Rotary International had invented a simple electronic data platform for use in selected hospitals in the state, adding that the system would be expanded.
“It is a revolution already happening. The beauty of the platform is that hospitals data is collected on phone of record officers using their phones because it’s phone-compatible.
“At the end of every month, the data is going to the health ministry where a trained statistician will highlight all the hospitals throughout the month and generate instant report for government use.

“Such report will help the state to know happenings in its hospitals and use the report for planning and budget purposes
“Expansion will be very easy because it is the record officers that we will train that will train others,’’ he explained.
He noted that the organisation had been doing the project and that it would expand it free of charge and maintain it, but the state would be responsible for training.

Lufadeju said that the project would be prioritised among the state hospitals for initial take off, adding that eventually, it would cover 90 percent of health facilities in the state.
The national coordinator urged Traditional Birth Attendants (TBAs) to encourage pregnant women to attend ante-natal programmes for safe delivery.
“We cannot abolish TBAs because we do not have enough health personnel but we can intensify training for them so that they can be skilled and take safe delivery.

“But pregnant women must attend ante-natal programmes to know the state of their babies if there will be need to go to hospitals for delivery,” he said.
Dr Wahab Adegbenro, the state Commissioner for Health, commended Rotary International for the initiative.
Adegbenro added that the state government would always embrace and give optimal support to any initiative that could sustain healthcare services to pregnant women and children in the state.

According to the commissioner, efforts are made to kick-start contributory health insurance scheme in September in the state so that all residents could have access to good and affordable healthcare services with just a little contribution.
He noted that under the scheme, pregnant women and under-five children would be given an opportunity of free healthcare services. (NAN)