The Kano State government, on Friday, advised mothers in the state to access the free malaria chemoprevention offered as part of the Maternal and Child Health Week. 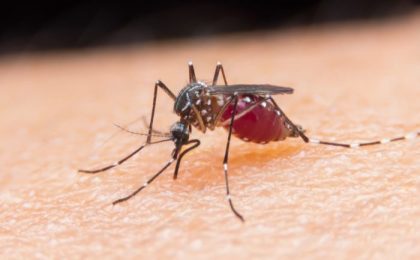 The state Commissioner for Health, Dr Ibrahim Tsanyawa, gave the advice while addressing newsmen in Kano, after supervising the Seasonal Malaria Chemoprevention (SMC) in the 44 local government areas of the state.
“The exercise included the administration of sulfadoxine-pyrimethamine plus Amodiaquine (SPAQ) to children, between three and 59 months, and the drug prevented severe case of malaria and anemia,” he said.
He noted that the SMC was recommended by the World Health Organisation (WHO) because of the high rate of malaria, hence the strategy for the prevention of malaria transmission among children under the age of five.
Tsanyawa stated that the SMC was adopted in Nigeria in 2014, adding that it had since been implemented in some areas across the Sahelian region of the country, during the peak season of the transmission.
“The Maternal, Neonatal and Child Health (MNCH) Week is utilised to administer the drug and I wish to call on women and children to make good use of the period,” the commissioner said.
According to him, the MNCH campaign is targeted at pregnant women and children under-five in order to increase the coverage of some important preventive and curative health indicators that allow mothers and children to develop.
He said that it was also made available free for mothers and children at both primary, secondary and other selected private health facilities across the 44 local government areas of the state.
Tsanyawa also listed the other services during the week-long event to include Vitamin A supplementation, de-worming of children, immunisation of children under-five, nutritional status screening and distribution of long-lasting insecticide- treated nets (LLINs).
Others, he said, were household key practices, such as hand washing, personal hygiene, exclusive breast feeding, correct and consistent use of LLINs, among other things.
NAN reports that the SMC was being conducted across the 44 LGAs in the state in four cycles of four days per month, from July to October 2020. (NAN)