Some Civil Society Organisations (CSOs) in Enugu have appealed to the state government to start community testing for COVID-19 in the state.
The CSOs made the call on Monday in an interview with the News Agency of Nigeria (NAN) against the backdrop of the spike in COVID-19 cases in the state.
The groups, which include the Daniel Ukwu Leadership Foundation, Global Society for Anticorruption (GSAC) and Hope Spring Water Charity Foundation, said that the call had become necessary in order to nip the pandemic in the bud.
NAN reports that the state COVID-19 Expert Medical Advisory Committee on De-escalation of the outbreak had raised concern over mysterious deaths linked to coronavirus in the state. 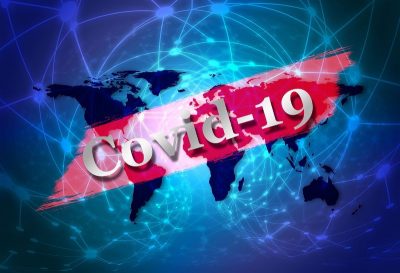 The chairman of the committee, Prof. Emmanuel Ejim, had said that the rate of infection in the state had continued to increase, in spite of government’s efforts to curb it.
However, the Country Programme Director, GSAC, Mrs Amaka Nweke, said that the situation in the state called for urgent intervention by the government.
Nweke appealed to government to embark on community testing in order to arrest the situation.
The country programme director said that it was an aberration that there were no laboratories for COVID-19 testing in the state.
According to her, the state needs to have such facilities in three locations.
On the speculated resumption of schools, Nweke said that the state government should not contemplate reopening of schools, if the necessary safety facilities had not been put in place.
Also, the Country Representative, Hope Spring Water Charity Foundation, Mr Temple Oraeki, said that hand washing facilities were key components for schools’ resumption.
Oraike, however, said that the provision of sustainable sources of potable water would be a tall dream, as virtually all public primary and secondary schools in the state had no borehole.
“There is no need to talk about reopening of schools, if there are no plans to provide hand washing facilities,” Oraike said.
The Executive Director, Daniel Ukwu Leadership Foundation, Mr Daniel Ukwu, stressed the need for an aggressive awareness on COVID-19, as most residents had yet to believe that the virus was real.
Ukwu, however, said that it was necessary for schools to reopen, but in batches.
He said that government could allow the students in examination classes such as SS III, JS III and Primary Six to resume. (NAN)