Information Minister Labaran Maku has called for Global action against terrorists operating in the Sahel region.The Minister made the call when he received the German Ambassador to Nigeria Michael Zennez in Abuja. 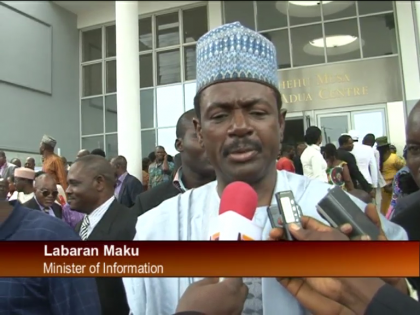 The Minister Maintains that since the 9/11 attack in the United states, terrorism has spread to other parts of the world including Nigeria. The German Ambassador promised to foster stronger bilateral relations in all spheres particularly security and economic corporations