The Federal government has awarded the contract for the upgrading of section 3, of the East/West road, a 15km stretch which was not included in the major reconstruction work of East/West road as the FCT also got approval for development of additional infrastructure in some district. 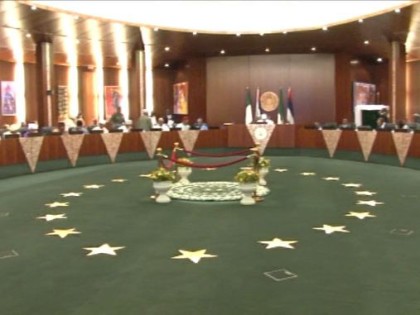 One may be tempted to say  that today (12-11-2014) at the Federal Executive Council was dedicated to the Federal Capital Territory. Five memos were presented before the council by the FCT administration alone, two of it have to do with district development where primary infrastructure are currently being developed.

The council  meeting chaired by the president Goodluck Jonathan approved the  five memos  brought before the council by FCT minister seeking approval for the upward review of the contract sum of 39.6 Billion Naira for provision of infrastructure at Wuye district to 43.11 Billion Naira. This is to accommodate construction of a fly over at Wuye district.

The council also approved for the FCT, the construction of one service carriage way at a cost of 7.17 Billion Naira. The 14km annex road will connect the Ring road from the Central Area to Abuja Industrial Park

The contract for the extension of the inner Southern expressway to the Airport expressway also got approval of the council.

FCT minister also got an approval for the provision of access road and engineering infrstructure at a polt and adjourning plot around Hot FM. FCT also got approval for consultancy services for t he construction of Nigeria’s cultural center and Millennium Town project, Abuja.

The contract for the upgrading of 15km section of the East/West road has been awarded. Section 3 covers Port Harcourt Eleme Junction to Onne Port junction at the cost of 43.86Billion Naira
The approval was given by the Federal Executive Council on Wednesday