As Part of his Transformation Agenda to re-equip the Armed Forces and re-position the Nigerian Navy to meet Current Security Challenges, President Goodluck Jonathan has in a landmark occasion, Commissioned Four Naval Ships at the Naval Dockyard in Lagos promising that his administration will continue to do all it can to build the capacity of the Navy and protect Nigeria’s territorial waters.

The four newly acquired war ships are named NNS Centenary, NNS Sagbama, NNS Okpabana and NNS Posperity. the ships are part of the six ships to be commissioned to the Navy fleet by 2015. 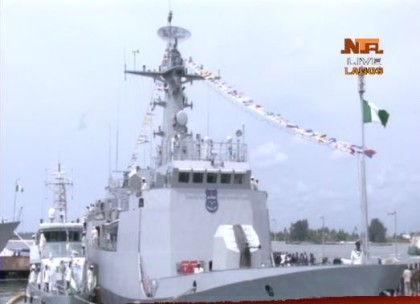 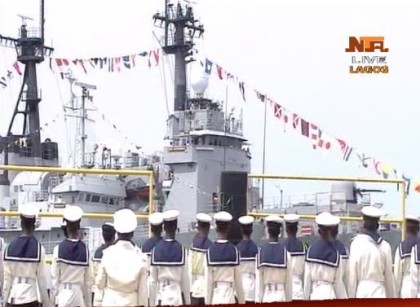 President Jonathan re affirmed his confidence in the Nigerian Navy especially in fighting oil theft and other maritime crimes, underscoring his administrations commitment to re-equipping  the armed forces in fighting the Boko Haram to a standstill

He also said with the increased capacity, the rescheduled 2015 general elections will be conducted.

The Chief of Naval Staff, Vice Admiral Usman Jibril said that it is the first time any administration will commission four ships which will go a long way in facing squarely the maritime security challenges. The last he said was witnessed during Shagari’s administration when three platforms were commissioned simultaneously. 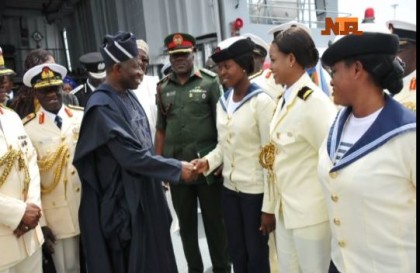 President Jonathan also had an interaction with the female officers and ratings who accompanied the ships from the united state and China to Nigeria and commended them for exhibiting high level of competence and professionalism.