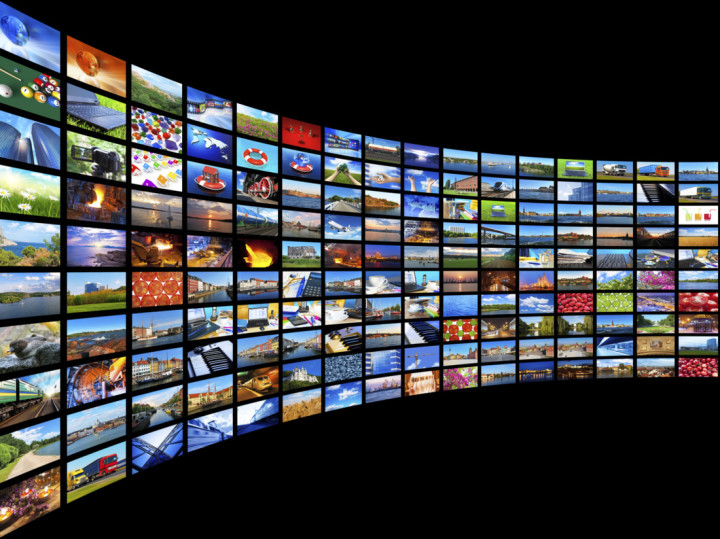 Last Wednesday, June 17, 2015, the world watched as the International Telecommunications Union (ITU) commemorated the switchover from analogue to digital terrestrial television broadcasting. Nigeria missed the deadline despite starting the process nine years ago.

The deadline for the switchover from analogue to Digital Terrestrial Television (DTT) heralded the development of ‘all-digital’ terrestrial broadcast services for sound and television for 119 countries belonging to ITU Region-1 (Europe, Africa, the Middle East and Central Asia) and the Islamic Republic of Iran.
Nigeria and 51 other African countries could not meet the ITU deadline with the implication that analogue signals from Nigerian broadcasting stations would receive no protection in the event of interference with or from digital signals from neighbouring countries. Data from ITU shows that only four African countries, 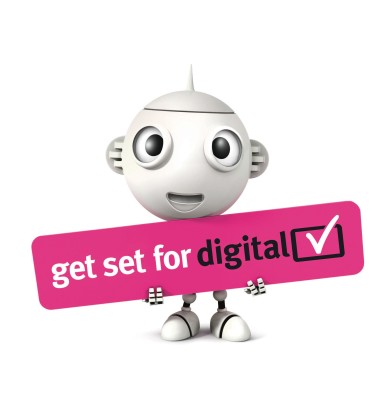 Malawi, Mauritius, Mozambique and Rwanda completed the switchover to digital terrestrial broadcasting.
While 32 African countries including Nigeria have begun the process, 12 have not started at all while the situation with four other African countries is unknown to

ITU. Investigations by LEADERSHIP Sunday showed that efforts by the National Broadcasting Commission (NBC) to ensure that all television stations in Nigeria migrate to digital broadcasting were hampered by lack of funds, inadequate awareness, absence of set-top boxes and the right technology to adopt.
The June 17 deadline for switching off analogue television broadcasting in the UHF band was set by ITU member states at the Regional Radiocommunication Conference in 2006, known as the GE06 Regional Agreement. Several countries that are party to the GE06 Agreement, as well as many who are not, have already made the transition according to the ITU.

The new digital GE06 Plan provides not only new possibilities for structured development of digital terrestrial broadcasting, but also sufficient flexibility for adaptation to the changing telecommunication environment.
ITU Secretary-General, Houlin Zhao said the switchover “marks a historic landmark in the transition from analogue to digital television broadcasting. The process, which began in June 2006, has re-envisioned the way the world watches and interacts with TV and opened the way for new innovations and developments in the broadcast industry.”

Digital TV requires less energy to ensure the same coverage as for analogue while decreasing overall costs of transmission. The more efficient use of radio spectrum brought on by digital TV also allows for the so-called Digital Dividend resulting from the freeing up of much-needed spectrum for use by other services, such as mobile broadband.

Bassil Zoubi, head of the terrestrial transmission department at Arab States Broadcasting Union (ASBU), said the shift towards digital broadcast means that consumers can enjoy a wider variety of shows on multiple channels with better quality of broadcast and also facilitates reduced power and energy consumption and spectrum efficiency which bring a host of associated benefits for consumers and broadcasters.

However, he said this shift also brings its own set of challenges. “Where a single analogue programme can be broadcast on one transmission channel of 6 MHz to 8 MHz bandwidth, the same transmission channel could carry a multiplex of up to 20 digital programmes of equivalent quality. And, as spectrum is a limited resource, this is a valuable saving. The spectrum that is now being freed up as a result of the switchover is known as the Digital Dividend,” he explained.

Digital Dividend Spectrum
The Digital Dividend band is attractive because it offers good in-building coverage in urban areas and low cost coverage in rural areas where 40-80 per cent of the population live. It is 700/ 800 MHz, which offers 60 MHz or more of additional spectrum. The spectrum is at relatively low frequencies, below 1 GHz.
Digital Dividend spectrum is released when television broadcasters switch from analogue platforms to digital only platforms; part of the electromagnetic spectrum that has been used for broadcasting will be freed up because digital TV needs fewer spectrum than analogue television. After the auction, GSM operators on the 2100MHz bands will move to the new band slots.

Dr Bashir Gwandu, an former executive commissioner at NCC had in February 2012, highlighted what they achieved at the ITU World RadioCommunication Conference 2012 which led to the securing of additional 70MHz paired spectrum and 25MHz unpaired in the bands 700/850MHz which spans 700MHz, 800MHz and 900MHz Bands from the ITU .

Gwandu led the African team that negotiated at the WRC-12 for the allocation of the 694-790MHz to Africa.
He said, “the spectrum allocation will allow for re-planning/clearance of broadcast TV stations in the band to lower band, as well as development of common-channeling plan for the whole region which should be followed by common-standard development, chip-set manufacture, and mass production of relevant handsets and base stations.”

Mr Segun Ogunsanya, CEO, Airtel Nigeria said currently, GSM operators have only 15MHz assignment in 1800MHz band which is paired with 5MHz on the 900MHz. “With the 700MHz spectrum allocation, GSM operators can significantly increase their capacity, improve quality, and also reduce capital expenditure, and the savings from operating costs will translate to affordable telecommunications services.

“We urge government to urgently finalize and conclude the 700MHz allocations. There should be effective coordination between the NCC, NBC and National Frequency Management Council (NFMC) to ensure that the 700MHz spectrum band is cleared and released for telecoms services as recommended by the ITU,” he said, pointing out that the release of more spectrum can potentially impact positively on Nigeria’s GDP and lead to creation of more jobs.

The 700MHz Spectrum allocation can lead to duplex arrangement of 45MHz uplink (going leg) and 45MHz downlink (return leg) with a minimal duplex spacing of 10MHz. The 45MHz can provide 15MHz assignments into three times. The ITU said addressing the Digital Dividend issue provides for a great deal of global harmonisation of the use of the 700MHz band for all regions by the services which need it most.

Implications For Nigeria
Director of public affairs, National Broadcasting Commission (NBC), Awwalu Salihu, while reacting to the switchover said the impact would not be felt too much by Nigeria as 52 African countries have not made the transition including Nigeria’s neighbours. He blamed the missed opportunity on lack of funding.
“The NBC wishes to assure Nigerians, however, that disappointing as this may be, it was not without a fairly good shot at success. The NBC had worked actively since 2006 to put all the building blocks of the transition in place. The journey would have been completed if funding had been available,” he said.
Salihu said at the moment, Nigeria has achieved 20 per cent digital terrestrial TV penetration of the 26 million TV households in the country. He said NBC has worked with DigiTeam Nigeria to harmonise the minimum standards for Set-top boxes and transmission standards for all ECOWAS member states.

“We have also completed the frequency re-planning and have successfully done the coordination with our neighbours and we have selected a second signal distributor in addition to the default independent distributor that will come out of Nigerian Television Authority (NTA). We have licenced a Freeview signals aggregator; we have selected 11 successful companies to manufacture set-top boxes in Nigeria,” he said.

Director General of NBC, Emeka Mba had few weeks before the switchover deadline, while ruing Nigeria’s missed opportunity, said the federal government needs to establish a multi-billion naira digital broadcasting fund to accelerate migration from analogue to digital television transmission within the next 18 months. He pointed out that the migration process would require several billions of naira to be fully implemented.

According to Mba, “heavens will not fall if Nigeria fails to meet the June 2015 deadline but there are grave consequences for the country. A fundamental implication of not meeting the deadline would be signal interference from other countries that would have migrated.”
Looking at the economic side, he said Nigeria will not be competitive in the global digital arena, and new businesses expected to spring up as a result of digitalisation would be defeated.

Set-top Boxes
Analysts said Nigeria’s television households are expected to spend at least N700 billion to purchase decoders or set-top boxes which would allow citizens receive digital TV broadcasting signals when Nigeria eventually switches over in December 2017. The transition from analogue to digital broadcasting brings advances in television, such as ultra-high-definition TV (UHDTV), Integrated broadcast-broadband (IBB) systems, and smart TV platforms to the living room.
It will also build a sustainable ecosystem for digital TV in the future and its spectrum requirements while new technologies related to digital broadcasting include hybrid HbbTV, extended image dynamic range, higher frame rates, and immersive audio.
Chief operating officer, Computer Warehouse Group Plc, James Agada said when this happens, all Nigeria’s existing television stations would cease to broadcast signals that can be directly received on television sets and that every television signal would have to pass through a set-top box or decoder before being received by a television set.

Freeview Aggregators
He said to remove the financial burden from Nigerians, CWG has entered into a pact with SES, one of the leading global satellite operators based in Germany, to put all television contents on digital format for TV viewers in Nigeria and West Africa. SES fleet of satellites includes the Astra 2G craft whose foot print on the ku-band covers Nigeria and the rest of West Africa with high fidelity signals.
Agada affirmed that they are operating both a teleport for the upload of signals to SES satellites as well as a Tier 3 data centre that provides hosting services for storage and management of content and signals.

“The two companies have introduced a service that allows any broadcaster to broadcast digital satellite signals that will be received using a variety of standard decoders. These signals will be received all over Nigeria and West Africa.

“The broadcasters will not need to change their existing equipment but will only need to make minor investment in digital encoders and they are good to go. This means for instance that Zamfara State TV can be received all over Nigeria as well as Osun State TV or Channels TV. It means State TV broadcast stations would no longer need to invest in expensive repeater stations in order to cover their states,” Agada said.
“This is a staggering saving and expansion of reach for the regional or local broadcasters without the attendant significant cost outlay. For this alone, the television viewer would have received the value of digital television. Consider that as at today, it is impossible to keep up with local news if you leave the locality,” he further pointed out.

Economic Benefits of Switchover
According to GSMA, which represents the interests of mobile operators worldwide, Nigeria could have unlocked potential N862 billion of GDP growth by the release of the digital dividend spectrum to deliver broadband services to rural areas.

An independent report by analyst firm, Analysys Mason, said government support for mobile broadband services could help deliver significant advantages to the wider wireless ecosystem and the way in which other sectors use the internet. About 55 per cent annual growth would be seen from the online retail industry, growing to N44.9 billion in 2015.

The financial services industry’s benefit from broadband would grow by 95 per cent CAGR as a result of mobile access to bank accounts and money transfer services to 16.8 billion in 2015; the use of the internet and mobile to deliver social services, including healthcare and education, would generate growth of 70 per cent CAGR N30.3 billion in 2015 and the overall corporate market, especially agriculture and utilities, would experience a 55 per cent annual growth rate through the provision of services online to about N32.1 billion in 2015.

Special government advisor, GSMA, Ross Bateson, said wider availability of mobile broadband through Digital Dividend spectrum could also vastly improve overall industrial productivity through improvements in business processes.
“However, without proper spectrum allocation in line with internationally harmonised band plans and broader government support, it will not be possible to realise the full potential of mobile broadband,” he added.