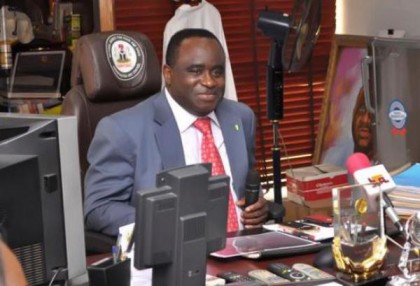 The National Agency for Food and Drug Administration and Control (NAFDAC) on Monday said that it would establish mobile laboratories in various parts of the country to check the movement of contaminated agricultural products.

Director General of NAFDAC, Paul Orhii, , said this in the when the Comptroller General of the Nigerian Customs Service (NCS) retired Col. Hameed Ali, paid him a courtesy call.

Orhii noted that the distribution and sale of contaminated food items had become a major threat to health and the country’s economy and as such there was need for proper monitoring.

The NAFDAC DG said that the organisation decided to establish the laboratories following deadline given by the European Union (EU) for the establishment of a risk management system to monitor contaminated food export.

“The European Union has given us a deadline of June 16 next year for us to have a risk management system in place for the reduction of these contaminants in the food export.

He urged NCS to ensure that food products were properly tested before they leaving the shores of the country to avoid being rejected at the international market” he said.

The NAFDAC boss said the agency was concerned because of the health hazard the contaminated food product posed to citizens of the country and the international community.

“I recently came back from Japan where concerns were raised about the quality of some food products that are exported from the Nigerian market.

“They are interested especially in agricultural products like sesame seed, beans but sometimes these products contain dangerous chemicals; we have that incident before where we started collaborating with the Nigerian Customs.

The customs boss said that the purpose of the visit was to strategise with NAFDAC on how the war on fake and counterfeit products would be won.

He advocated for a forum to be created where NAFDAC would collaborate with law enforcement agencies, including customs on issues of counterfeiting.

He said NAFDAC and the Nigerian Customs Service would work effectively and efficiently, when both agencies collaborated to fight counterfeiting.